Gambian leader Yahya Jammeh, who vowed to rule the tiny West African nation for “a billion years”, was handed a shock election defeat on Friday 22 years after seizing power in a coup.

Voting against Jammeh on Thursday was a rare show of defiance against a leader who has effectively ruled by decree and who human rights groups say routinely crushes dissent by imprisoning and torturing opponents.

Celebrations erupted in the streets of the capital Banjul, a normally sleepy seaside city whose white beaches lined with palm trees are a draw for European tourists.

Gambians shouted: “We are free. We won’t be slaves of anyone”. Some waved the Gambian flag and opposition party signs.

However, around two hours after the electoral commission head declared businessman Adama Barrow president-elect on state television, with 45.5 percent of the vote against Jammeh’s 36.7 percent, there was no official word from Jammeh or his team about stepping down or accepting the result.

“Having received 263,515 votes out of the total votes cast in the election, I hereby declare Adama Barrow duly elected to serve as president of the republic of the Gambia,” Alieu Momarr Njai said.

A peaceful change of power in Gambia would be a welcome surprise for African democracy at a time when many of the continent’s leaders have been rigging polls, fiddling with constitutions to extend their terms in office and cracking down on peaceful protest.

Barrow, a real estate developer who once worked as security guard at retailer Argos in London, earlier told Reuters he was expecting a phone call from Jammeh conceding defeat.

Njai from the electoral commission also told reporters in Banjul that Jammeh would concede, which, if it happens, would be momentous for Gambia, a country huddled along the banks of West Africa’s Gambia river.

Earlier this week Jammeh said that his “presidency and power are in the hands of Allah and only Allah can take it from me”, and on one occasion even said he would remain in office for “a billion years”.

“I never in my dreams believed he would concede. It almost feels to good to be true,” said Ramzia Diab, an opposition coalition member who fled to neighboring Senegal after receiving death threats.

Jammeh’s eccentricities often made headlines. He once said he had invented a herbal cure for AIDS that only works on a Thursdays. Once every year he also invited a few hundred women to the grounds of State House, where he personally administered a another herbal cure he had concocted for infertility.

He arrested hundreds of people on suspicion of being witches or wizards and threatened to slit the throats of and decapitate homosexuals.

Jammeh’s supporters deny abuses and he has often criticized Western powers for meddling in African affairs.

Gambians had voted on Thursday amid a total blackout of the internet and all international calls, and with land borders sealed. European Union observers were barred and only a small team of African Union observers came.

But Barrow somehow managed to unite and galvanize Gambia’s opposition for the first time since Jammeh took power in the country of 1.8 million people.

Barrow has promised to revive the economy, one of the region’s poorest performers that pushes thousands of Gambians to flee to Europe in search of a better life.

He has also pledged to end human rights abuses and to step down after three years as a boost to democracy.

It is unclear whether Jammeh, if he steps down, will insist on some kind of immunity for alleged abuses under his rule.

Gambia withdrew from the International Criminal Court last month, branding it the “Infamous Caucasian Court”, but that does not take effect until next year.

Karamba Touray, a spokesman for Barrow’s UPD, said he would “stop plans to leave the ICC and ask to rejoin the Commonwealth immediately”. He also said he would annul Jammeh’s declaration of Gambia as an Islamic republic in December last year.

“He wants Gambia to remain a secular state and respect the rights of all the people,” Touray said of a country that is predominantly Muslim but has a small Christian minority.

Small protests in Banjul in April calling for electoral reform led to dozens of arrests, including that of the leader of the main UDP opposition party, Ousainu Darboe. Two UDP members later died in custody.

“I want him to face justice, they have to make sure he faces the full wrath of the law,” the opposition’s Diab said. “People have died, many of us don’t know where our family members are.” 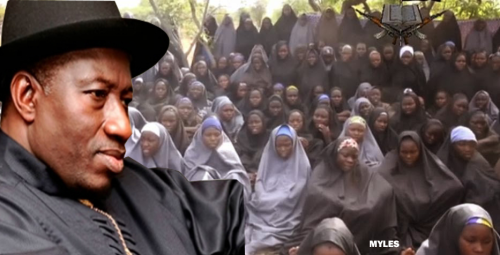 US envoy’s motorcade hits and kills boy in Cameroon