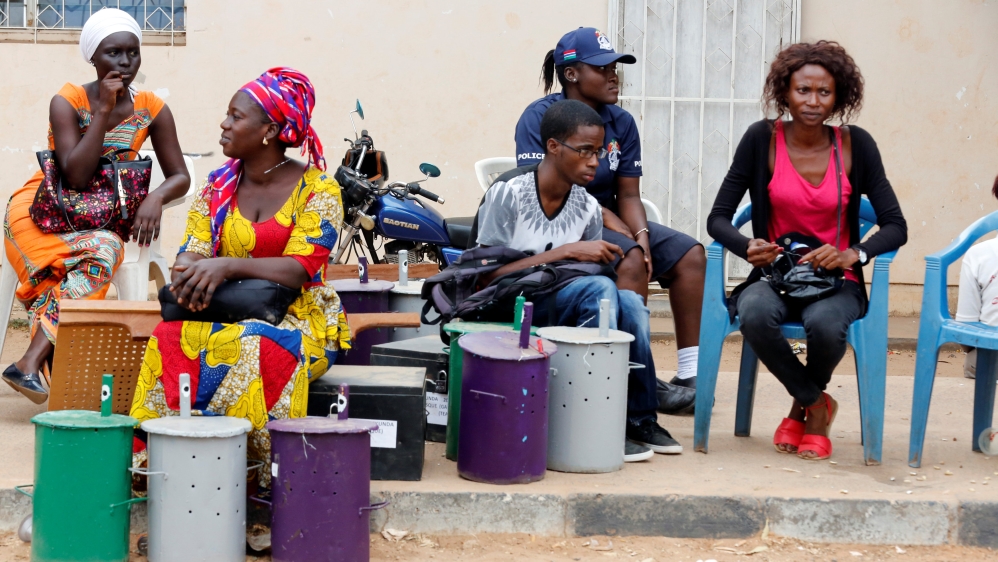 Gambian President Yahya Jammeh faces the biggest threat to his 22-year rule as the 880,000 Gambians eligible to vote head to the polls following two weeks of unprecedented rallies by an energised opposition.

The country’s 1,400 polling stations opened at 08:00 GMT on Thursday for an election overshadowed by an internet blackout, a protest ban and accusations of vote rigging.

The winner will serve a five-year term in Gambia, a tiny former British colony in west Africa that occupies a narrow sliver of land surrounded by French-speaking Senegal.

Jammeh is running for a fifth term in office with his ruling Alliance for Patriotic Reorientation and Construction (APRC).

He faces previously unknown estate agent, Adama Barrow, chosen as a flagbearer by seven Gambian political parties and an independent candidate who have joined forces for the first time to form a coalition with unprecedented support.

If Barrow were to win – a tall order both in terms of votes and the likelihood of Jammeh giving up power – he would likely serve a three-year term at the head of a transitional reform government.

Protests would not be tolerated

At his final rally on Tuesday night, Jammeh said he was looking forward to ramping up development in a country that “will move faster than it has in 22 years”, but he also warned that protests over Thursday’s result would not be tolerated.

Gambia’s unique voting system, which sees citizens vote by dropping a marble into a coloured drum for their candidate, could not be rigged, he added, meaning “there is no reason for anybody to protest”.

Rights group Amnesty International urged the authorities to ensure that the election and post-electoral period “are held in a climate that is free from violence and which fully respects the right of all people to freely express their views”.

“The thousands of Gambians who have taken part in rallies for all candidates over the last two weeks is a remarkable sign of how precious the right to freedom of expression is in a country where it has been so rarely permitted,” said Steve Cockburn, Amnesty International’s Deputy Regional Director for West and Central Africa.

“But it is crucial that these glimmers of freedom do not end after the votes are counted, and this is no time for complacency.

“Dozens of people remain behind bars in Gambia simply for expressing their opinion, and journalists, human rights defenders and civil society organizations still fear reprisals for speaking out.”

Internet was down from around 8.15 pm (2015 GMT) on the eve of the vote following warnings of an election day blackout from the US embassy.

Popular private voice and messaging apps such as Whatsapp, Skype and Viber are unreachable without a Virtual Private Network (VPN), software many Gambians use to work around the problem.

The opposition relies on messaging applications and texts to organise mobile rallies that have seen roads blocked repeatedly over the last week around Banjul as demonstrations outgrow planned venues.

Jammeh seized power in a 1994 coup and has targeted opponents and several of his own ministers in recent years, while surviving multiple attempts to remove him from power.

In the months prior to the vote, a former minister, an MP who formerly belonged to the ruling party, and two journalists with the state broadcaster have been detained.

Significant progress has been made in the last 20 years in improving literacy and child mortality rates, and the president has in the last year banned child marriage and female genital mutilation.

But 60 percent of the population live in poverty, and a third survive on $1.25 or less a day, according to the UN.

An Al Jazeera news team applied for a permit to cover the election on the ground, but was denied access by the government.

The post Gambians head to the polls amid internet blackout appeared first on African Media Agency.