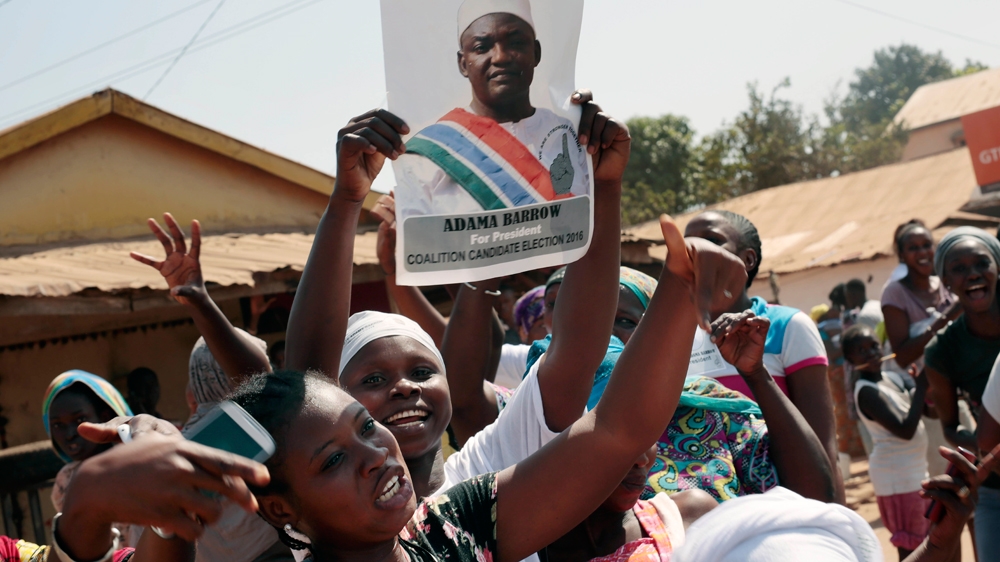 Yahya Jammeh, the longtime president of The Gambia, has conceded defeat to opposition leader Adama Barrow, accepting that the people have “decided that I should take the back seat”.

Jammeh, who came to power in 1994 as a 29-year-old army officer following a military coup, had won four previous polls.

Speaking to the public on Gambian television late on Friday, Jammeh congratulated Barrow for his “clear victory”, saying: “I wish him all the best and I wish all Gambians the best.”

He said: “If [Barrow] wants to work with us also, I have no problem with that. I will help him work towards the transition,” he said, confirming that he would not contest the result.”

Gambians voted by placing marbles into drums marked for each candidate.

Many stayed up all night listening to the radio and tallying results as they were read out constituency by constituency.

News of Barrow’s victory prompted thousands to take to the streets of Banjul in celebration – some on foot while others rode in cars and trucks and on motorbikes – as confused soldiers looked on.

Al Jazeera’s Nicolas Haque, reporting from Fatick in neighbouring Senegal due to Gambian restrictions, said there was jubilation on the streets following Barrow’s victory.

“For many Gambians, this is the first time they have voted,” he said. “They have only seen for the last 22 years one ruler. A lot of young people want to see change and a new ruler.

“Adama Barrow represents change; he represents hope for a lot of young Gambians.”

An estate agent who worked as a security guard in Britain, Barrow was chosen as the opposition candidate by a group of political parties who had joined forces for the first time, rustling up unprecedented popular support.

Still, Jammeh had projected confidence, saying his victory was all but assured by God, predicting “the biggest landslide in the history of the country” after he voted on Thursday.