It’s a tough time in Nigeria’s civil service. The government money that sloshed through bureaucrats’ personal accounts until last year has dried up, leaving many facing a novel fate: They have to survive on their salaries.

Stories abound of mid-level bureaucrats in the capital, Abuja, with luxury houses and multiple European luxury cars, who can no longer pay for gasoline. Others have had to withdraw their children from prestigious foreign schools and colleges.

“There are now civil servants who have to live just on their salaries. They were living above their standard before,” said Mala Mohammad Yaro, an auditor in the Maiduguri state government. “They are now complaining.”

Nigeria has seen many billions of dollars leak out of government coffers in past decades, with the state oil company one of the worst offenders.

Nigeria ranks 136th among 167 nations on the “perceptions of corruption” index compiled by the advocacy group Transparency International, with first being least corrupt (Denmark) and 167th the worst (a tie between Somalia and North Korea).

Corruption in various forms – bribes, overcharging, skimming from government accounts – is so embedded in Nigerian culture that when then-British Prime Minister David Cameron was caught on video this year calling Afghanistan and Nigeria “fantastically corrupt,” the Nigerian president didn’t object.

“Well, I think he’s being honest about it,” President Muhammadu Buhari told CNN. He added, “I don’t think you can fault him.”

Buhari has unleashed an anti-corruption sweep that has touched people across the country but left bureaucrats, in particular, in despair.

In Kano, the country’s second-biggest city, a civil servant who got his job through a family connection 15 years ago is tall, thin and, these days, gloomy.

“It’s like a tradition,” the civil servant, Ibrahim, said of corruption in the bureaucracy. “Because the government had plenty of money, they didn’t care much what happened.”

Ibrahim, who declined to be fully identified because of the corruption crackdown, says he was not a big-time crook, like the accounting and revenue officials.

“They used to buy houses, marry beautiful wives,” he said. “They used to send their children abroad (for education). Some of them had many very expensive cars.”

But that’s getting harder now after Buhari implemented a reform last year that is simple and elegant: Government departments and agencies used to have more than 10,000 accounts in various commercial banks. Now there is just one government account in the central bank, the Treasury Single Account.

THEY USED TO BUY HOUSES, MARRY BEAUTIFUL WIVES. THEY USED TO SEND THEIR CHILDREN ABROAD (FOR EDUCATION). SOME OF THEM HAD MANY VERY EXPENSIVE CARS.Ibrahim, a government employee

In the stroke of a pen, myriad scams were wiped out. Banks could no longer lend government money back to the government at exorbitant rates. Bureaucrats couldn’t siphon off bank interest. Money could no longer be discreetly detoured out of the breathtaking tangle of accounts. Scandalously inflated government contracts could be easily traced.

Now the government actually knows where its money is and how it’s spending it.

“The Treasury Single Account has affected us all,” bemoaned Ibrahim. “Civil servants are crying, because everything they did before, they cannot do anymore.”

He cannot afford to run his car. Even buying food is a problem. He’s embarrassed when relatives who have always depended on his largess expect support.

“In our tradition, if you have money you will give it to your family,” he said. “But now the money is not even enough for your own needs.”

The biggest thieves, according to Ibrahim, were those who had access to government accounts; other bureaucrats have long been known to generously pad their salaries with bribes.

A World Bank survey in 2014 found that 55 percent of firms in Nigeria expected to pay bribes or give gifts to bureaucrats or politicians and others to “get things done,” more than double the average in sub-Saharan Africa. Forty-five percent said corruption was “a major constant.”

The effects of such corruption are far-reaching, the World Bank says. Corruption is a major stumbling block toward reaching the U.N.’s sustainable development goal of ending poverty by 2030, according to the bank.

Nigeria’s anti-corruption drive has been made more urgent by the country’s worst recession in three decades, as the oil-dependent economy reels with the decline in oil prices. The economy shrank more than 3 percent in the second quarter of 2016 alone. Nigeria spends $4.4 billion a year on civil service salaries, 40 percent of all spending, a figure the government says is unsustainable.

The crisis comes as Nigeria’s oil revenues have been hit further by rebels in the oil-producing southeast, who have blown up pipelines, forcing a drop in production from 2.2 million barrels a day to 1.4 million.

The Single Treasury Account has reduced corruption and helped the government get control of revenue, but it had left commercial banks severely stressed, according to Garba Ibrahim Sheka, an economics professor at Bayelsa University in Kano.

“If we compare the costs and benefits, most of us will say it’s better that the government has come up with this policy because it has checked one of the major issues in the country, which is corruption and theft of public funds,” Sheka said. “Civil servants are complaining. People have been reduced to their natural position.”

“Blocking someone from stealing public funds will reduce his frequency in the market,” Sheka said. “If retailers can’t sell as much, they will buy less from manufacturers.”

Shopkeepers in Kano say their businesses have shrunk, partly because civil servants – once a large part of their clientele – are no longer flush with money.

“Business has gone down by 40 percent in the past year,” says Vashir Musa, 33, a shopkeeper selling Chinese-made shoes, Timberland knockoffs and bags. “People have to manage on their salaries. They don’t have a surplus above their salaries, and they need that for the basics like food and school fees.”

The scale of embezzlement in Nigeria is astonishing. Judges, senators, former governors and deputy governors, political staffers and ex-bankers have been swept up in recent months in an unprecedented anti-corruption drive.

Seven judges, including two Supreme Court judges, have been arrested on corruption allegations. The sacked head of the military, Alex Badeh, is being tried on charges of stealing $3.1 million from Nigerian air force accounts to buy houses in Abuja.

A cousin of former President Goodluck Jonathan has been charged with the theft of $40 million that was supposed to pay for tactical communication kits for Nigeria’s special forces.

A former customs boss, Abdullahi Dikko, also has been arrested and accused of pocketing $127 million.

A former national security adviser, Sambo Dasuki, is on trial on charges of diverting $43 million in funds.

Not all civil servants are distressed about the anti-corruption measures. Yaro, the government auditor, said corrupt, rich civil servants often derided him as a loser.

“I’m prone to honesty in my life,” he said. “Because I embrace a moral way of life, people look down on me as a poor man.”

In the past, some government departments would deny him access to cash books and accounts. The single government account has “made my life easier,” he said.

There are different forms of corruption: non-existent “ghost workers” on the government payroll, overcharging on government contracts, diverting money from government accounts. And bribes.

Ibrahim used to double his salary in “gifts.”

“Before, people used to give money if you did a very beautiful thing for them. But now people have no money in their hands. People used to give me shoes, clothes, even watches,” he said. “You would thank them and tell them you would have a very long relationship with them.

“You’d quicken processes for them. We used to handle those jobs with extra care.”

Like many civil servants, Ibrahim doesn’t believe the anti-corruption campaign will stick. After all, none ever has before.

“It cannot be permanent,” he said.

“Even if the government blocks corruption on one side, another side will open. This issue of corruption is in our blood.”

HOW KENYA BECAME THE CRADLE OF AFRICA’S TECHNOLOGICAL INNOVATION 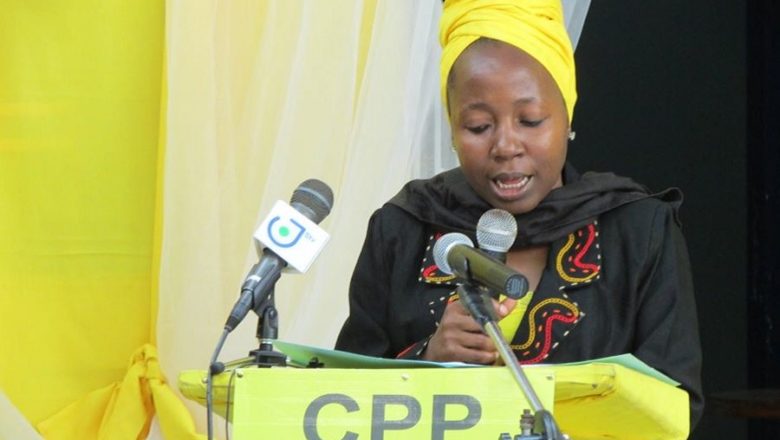