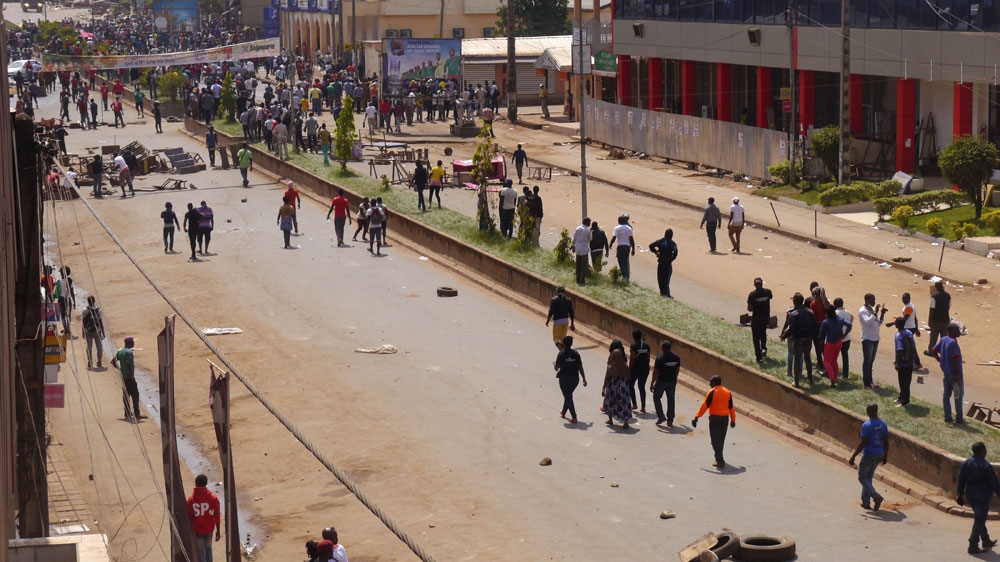 A human rights group on Friday called on Cameroon to investigate and prosecute police officers accused of committing “excessive force” during an anti-government protest where at least four people were killed.

Officers reportedly shot dead four protesters and wounded 20 others on Thursday in the city of Bamenda – part of the country’s minority English-speaking region – following months of demonstrations.

Residents of Cameroon’s two English-speaking provinces say the government makes fewer funds available to them than to French-speaking areas.

“Authorities in Cameroon must shed light on the circumstances of these killings and injuries by immediately conducting thorough, impartial, and effective investigations,” Amnesty International’s Ilaria Allegrozzi said in a statement.

“Those reasonably suspected of criminal responsibility for these deaths must be brought to justice.”

The protesters were marching against President Paul Biya and his ruling Cameroon People’s Democratic Movement (RDPC), which was holding a meeting in Bamenda when they were confronted by police.

A Reuters news agency reporter then saw police open fire on the crowd, which had continued to grow in size.

Some demonstrators were armed with steel bars and stones, said one police official, adding officers acted in self-defence.

One police officer was wounded in the unrest, he said.

“Some of our elements were surrounded by thugs,” he said, speaking on condition of anonymity because he was not authorised to talk to reporters. “They had come to kill. The police defended themselves.

“Four hostile targets were neutralised. It’s possible there were more.”

A local journalist at the scene, Brenda Kiven, said the ruling party meeting was seen by the protesters as a provocation.

Demonstrations first broke out in early November in Bamenda when lawyers and teachers demanded better working conditions in a rare act of defiance against President Biya, 83, who has ruled Cameroon since 1982.

Cameroon was divided into French and British regions until they formed the Republic of Cameroon in 1961, a year after the country gained independence.