American billionaire Robert Smith has offered to sponsor the education of 24 girls from the Chibok community, including the 21 girls who escaped from Boko Haram captivity in October this year.

Garba Shehu, the Senior Special Assistant on Media and Publicity to Nigeria’s President, announced this on Tuesday during a media briefing with journalists at the State House in Abuja, according to the News Agency of Nigeria.

Shehu said that the girls will be admitted through negotiation at the prestigious American University of Nigeria (AUN), Yola, with the American billionaire footing the entire bill of the girls’ tuition, accommodation, feeding and other related expenses. It costs anywhere from $5,000 to $11,000 a year to educate a student at the school which is owned by wealthy frontline Nigerian politician and businessman Atiku Abubakar.

“Smith has offered to pay for the education of the 21 released through negotiations and is offering to take responsibility for all the others who will hopefully be eventually set free,’’ Shehu added.

Shehu revealed that the Nigerian government is treating the recently released 21 Chibok girls as adoptees of the Federal Government.

“But there is a lot of local and international interest in the future plans of the girls,’’ he added.

Boko Haram militants kidnapped 276 female high school students from the Government Secondary School in the town of Chibok in Borno State, Nigeria, on the night of the 14th of April 2014. It is believed that Boko Haram was hoping to use the girls as a negotiating pawn in exchange for some of their commanders in jail. A number of the schoolgirls have managed to escape since then, but there are still 219 girls in Boko Haram’s custody.

Smith, 54, is the founder of private equity shop, Vista Equity Partners, which is best known for fixing up enterprise software outfits. FORBES currently estimates his net worth at $2.5 billion.

A representative at Vista Equity Partners did not respond to an email requesting for comment as at the time of publishing this post. 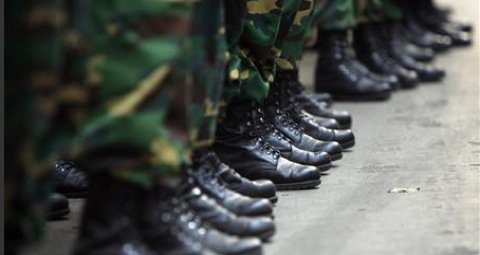