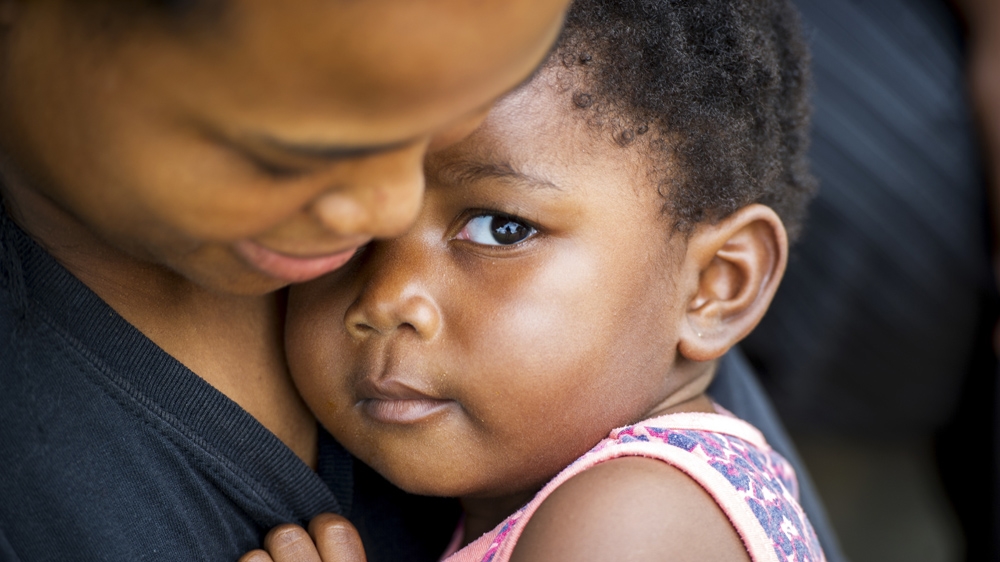 Ayanda is anxious. Her four months of maternity leave are almost over, and she has to return to her job as an accounts consultant at one of South Africa’s large banking firms.

The 27-year-old first-time mother will send her baby to live with her mother in a town 30km away. Ayanda will see her child only at the weekends. Because of this living arrangement, she feels she will be unable to continue breast-feeding her infant.

But at her local clinic, she is advised to breast-feed exclusively until the six-month mark.

“I asked the nurse if I could switch my baby to formula. She told me I can’t because of my HIV status.” The policy of the Department of Health on the prevention of mother-to-child transmission informs healthcare workers to advise HIV-positive mothers that formula milk won’t be provided to them at health facilities because studies have shown that exclusive breast-feeding reduces the risk of HIV transmission between mother and child.

“I’m positive, but my baby is negative. I was told I should use a breast pump to express milk and to freeze it,” Ayanda says. Although the clinic cannot enforce the recommended policy, the critical nature of the advice makes Ayanda feel she has no other options but continue breast-feeding by any means necessary.

The clinic’s advice is in line with South Africa’s national policy [PDF], which advocates an exclusive breast-feeding strategy for the first six months of a child’s life, based on the World Health Organization’s international guidelines.

UNICEF, the UN children’s fund, estimates that globally, 8 percent of babies under six months were exclusively breast-fed, with that number dropping to 1.5 percent for babies between four and six months old.

In 2011, at a national consultative meeting on breast-feeding held in Tshwane, Minister of Health Dr Aaron Motsoaledi said that breast-feeding practices in South Africa had been “undermined by the aggressive promotion and marketing of formula feeds, social and cultural perceptions, and the distribution of formula milk in the past to prevent mother-to-child transmission of HIV”.

As a result, South Africa was one of 12 countries where infant mortality has increased.

At the meeting, the country adopted the Tshwane Declaration, which aimed to improve the country’s low breast-feeding rates. The National Development Plan, implemented in 2013, highlights the importance of exclusive breast-feeding in helping to reduce the child mortality rate from 56 deaths per 1,000 live births, down to 30 per 1,000 by 2030 [PDF].

“Exclusive breast-feeding is therefore relevant to this sustainable development goal which seeks to ensure good health, development and survival of infants and children, as well as contributing to the wellbeing of mothers,” Motsoaledi said in a statement when the government strategy was announced.

For him, the benefits are obvious.

“Breast-fed babies are better protected against infections like diarrhoea, respiratory illnesses, allergies and ear infections. They are at much lower risk of malnutrition, and as adults are at lower risk of chronic lifestyle diseases such as obesity, coronary heart disease and type 2 diabetes,” Motsoaledi said. Diarrhoea and malnutrition are two of the big causes of death for children under five in South Africa.

Mothers who breast-feed also draw a benefit, the health minister added. They have a reduced risk of developing breast and ovarian cancer, they will return to their pre-pregnancy weight more easily, and the likelihood of becoming pregnant again while breast-feeding is reduced in some women.

The updated health department infant and child feeding policy mandates that public health facilities stop providing formula milk to all new mothers, and that women receive counselling on the importance of exclusive breast-feeding. The government also has been promoting Human Milk Banks, a service that allows nursing mothers to donate breast milk to organisations that store and distribute the milk.

It has been five years since these policies were implemented, but breast-feeding rates in the country remain low.

Motsoaledi is concerned: “Globally, it is estimated that only 36 percent of moms breast-feed their infants for at least six months. In South Africa, we estimate that only 39 percent of mothers breast-feed exclusively for 14 weeks [3.5 months] after the baby is born, and the figure is much lower at six months at only 8 percent. Our exclusive breast-feeding rates are among the lowest in the world.”

Why are rates so low?

A doctoral research study by nutritionist and doctorate candidate Linda Siziba found that a number of different factors influence a woman’s ability to breast-feed. Among these are the mother’s need to return to work at 29 percent, the need to return to academic studies at 12 percent, health reasons at 25 percent, and “insufficient” milk supply at 13 percent.

Of 580 mothers interviewed in the study, just 41 percent believed breast milk provides all the nutrients babies need. “These perceptions result from cultural misconceptions that breast milk must be supplemented with formula,” says Sindi Van Zyl.

Van Zyl, a South African HIV specialist, has found her niche answering questions on social media, often receiving questions from young HIV-positive mothers. In an interview with Al Jazeera, she explains why cultural perceptions are problematic.

“The majority of queries, even now in 2016, are from women who haven’t disclosed their [HIV] status to their family. When a granny or sister wants to introduce mixed feeding, because they believe breast milk alone isn’t enough, the mother doesn’t know how to explain why not. So she stops breast-feeding.”

Motsoaledi blames inadequate information from healthcare workers for the difficulties women face in breast-feeding management, as well as a lack of support within the households with negative attitudes towards breast-feeding, as well as unsupportive work environments.

Conflicted, Ayanda turns to the internet for information. This is her first child, so she she wants to make sure she does everything right. Her search led her to Van Zyl’s website.

Much to Ayanda’s relief, Van Zyl informs her there’s no harm in switching to formula, provided that she weans her daughter off her breast and doesn’t mix formula-feeding with breast-feeding. According to UNICEF, “exclusive breast-feeding for the first six months is associated with a three-to-fourfold lower risk of HIV transmission as compared to mixed feeding” where the infant receives both breast milk and any other food or liquid including water, non-human milk and formula.

Van Zyl was critical of the government policy when it was introduced, calling it impractical. Her stance hasn’t changed.

“I’m not against it, and of course, there are benefits. But the policy is too rigid in its one-size-fits-all approach. It doesn’t work for everyone, and it should be on a case-by-case basis.

“The woman’s situation must be taken into account,” she adds.

But, like Ayanda, many women are being told by healthcare workers that there is no other choice but to breast-feed exclusively for six months. It upsets Van Zyl that women are given false information.

OPINION: The fight for the first food

“Hello doctor, I’m HIV-positive and have been on treatment since my fourth month of pregnancy. My baby tested negative and is still on nevirapine, an antiretroviral drug. She’s two weeks old. I’m going back to work on October 3. Currently, I’m breast-feeding. Can I switch her to formula feeding as I don’t feel comfortable disclosing my status to my nanny? Please help! I’m even thinking of quitting my job so I can continue breast-feeding till until six months.”

“This is the problem,” says Van Zyl. “Women are being told there’s no other option, which isn’t true. Most women go back to work after six weeks. I get a lot of emails saying I’ve got a job in another province. I can’t take my baby with me. A typical example is a domestic worker who has to be back at work after six to eight weeks. Work is a big factor preventing women from breast-feeding. The work environment has to change to make it viable for women.”

Motsoaledi wants this too, urging employers to be supportive. “This will require an extra mile by all of us to encourage and support breast-feeding mothers by improving their workplace and social environment.”

In 2011, Motsoaledi said he would ask the ministers of labour and social development to fast-track legislation to compel employers to have nurseries and breast-feeding rooms in the workplace. Currently, there’s no data available on how many South African companies have on-site nurseries, but the number is estimated to be low.

Al Jazeera asked Department of Labour spokesperson Sithembele Tshwete when legislation would be passed. Tshwete replied that it is an issue for unions to handle – not a legislative matter.

“This is an issue that is normally discussed and agreed upon in a collective bargaining forum between employees and employer representatives.” He says the labour law does entitle women to two half-hour breaks per day to breast-feed or express milk.

But this offers Ayanda little consolation. She’s envious of friends who work at companies such as FNB and Discovery Health, which have on-site nurseries.

“If my company had a [nursery], I would continue breast-feeding, and would keep [my daughter] with me instead of sending her to my mother. I’d go down during my breaks and feed her, or express milk. I’d love to do that.”

*Name has been changed to protect her identity 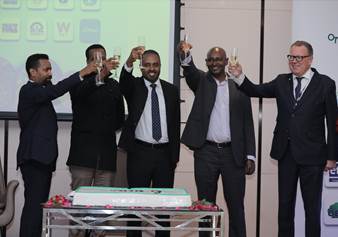