An official in the Ugandan education ministry told the BBC that the schools, which are attended by around 12,000 students across the country, would have to close immediately following the court ruling on Friday, despite being it the middle of the school term.

Bridge International is a private enterprise that runs more than 400 nurseries and primary schools across Africa. The company opened its first school in a slum in the Kenyan capital Nairobi in 2009, and said that it aims to educate 10 million children by 2025. It runs 63 for-profit schools and nurseries across Uganda, attended by fee-paying students.

The company has several high-profile investors. Zuckerberg announced in March 2015 that he and his wife Priscilla Chan were investing $10 million in Bridge International through Zuckerberg Education Ventures, which has since become part of his investment arm, the Chan Zuckerberg Initiative. The enterprise is also backed by the U.K.’s Department for International Development.

Schools run by the company use technological innovations—such as e-readers or teacher computers, which come pre-loaded with lesson plans.

The Ugandan education ministry ordered the closure of the schools in July, but they had remained open following a High Court injunction in September. Newsweek contacted the education ministry—which is headed up by Janet Museveni, President Yoweri Museveni’s wife—for a comment but received no immediate reply.

“We plan to appeal, on behalf of the more than 20,000 Ugandans who have decided to send their children to our schools. They do this because they want an affordable quality education. They want the best for their children, and this court ruling throws that into doubt,” said Matsiko. The spokesman added that inspection reports had not been shared with Bridge International and that inspectors had not visited all of the company’s schools.

Uganda’s education sector is underdeveloped and suffers from high rates of teacher absenteeism and failure of students to complete their education. Sixty-eight percent of students do not finish primary education, while 78 percent and 61 percent of new teachers failed basic maths and literacy tests respectively, according to statistics collated by the BBC.

An Uber for dirty laundry – and other apps changing Uganda 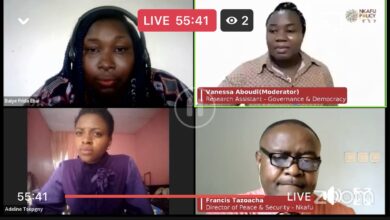