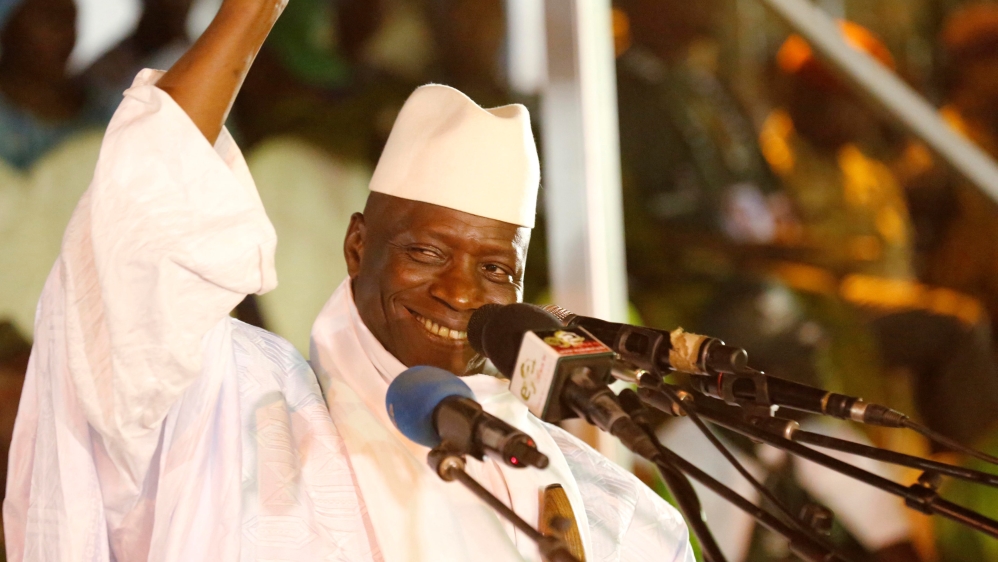 The Gambia President Yahya Jammeh, who has been in office for more than two decades, has warned that even peaceful protests will not be permitted after the upcoming election.

On Thursday, more than 880,000 registered voters will head to more than 1,400 polling stations around the country whose population is around 1.9 million.

President Jammeh, 51, who took control of the West African country in 1994, said on Tuesday that his victory in the election is all but assured with divine intervention, and warned the opposition against protesting.

“Our election system is fraud-proof, rig-proof, you cannot rig our elections,” he said. “There is no reason that anybody should demonstrate.”

Demonstrations will not be allowed “because those are the loopholes that are used to destabilise African governments”, he said.

Voters will use marbles, placing them into green, silver and purple ballot drums, which will be counted on the spot using wooden tablets.

Observers from the European Union and the West African regional bloc ECOWAS are not attending the election but the African Union will send a handful of observers.

Jammeh faces off against Adama Barrow, a former businessman and United Democratic Party leader, who emerged as the candidate for an alliance of eight opposition parties.

Former ruling party deputy Mama Kandeh is running for the Gambia Democratic Congress, the only opposition party not in the coalition.

Security forces arrested dozens in April and May after protests calling for electoral and political reforms.

Critics, though, say those elections were not free and fair, and they accuse his regime of corruption and human rights abuses.

The Gambia has seen a large exodus of its citizens trying to migrate to Europe on dangerous water routes in recent years.

Jammeh says such migration is a matter of choice, and that Gambians do not leave because of poverty.

‘Tyranny of the regime’

His supporters praise his efforts to boost economic development in the tiny country that is dependent on tourism and agriculture.

But Omar Amadou Jallow, an opposition leader for the People’s Progressive Party, which joined the coalition, agreed that this is the year for change.

“For 22 years, we have realised that Gambia has been turned into a prison; the arrests, the tensions, the torture and many of our people have gone into exile,” he said.

“That shows the tyranny of the regime. We are going to give people their freedoms, their liberties. That is more important than anything else.”