A motion of no confidence in South Africa’s President Jacob Zuma has been defeated in parliament despite a spate of recent corruption scandals.

Mr Zuma’s African National Congress (ANC) has a huge majority in parliament and the opposition motion was defeated by 214 votes to 126.

This was his third time no confidence vote in less than a year.

An investigation by the country’s anti-corruption watchdog said a judicial inquiry should be set up to further investigate allegations of criminal activity in Mr Zuma’s government.

The investigation found evidence that the Guptas, a business family with links to Mr Zuma, may have wielded undue political influence over the appointment of ministers.

Both Mr Zuma and the Guptas have denied any wrongdoing.

There have been a number of recent attempts by opposition parties to have Mr Zuma removed from the highest office – from protests to votes in parliament – but all have failed.

Several ANC stalwarts and members of Mr Zuma’s government have called on him to resign following the release of a report by former public protector Thuli Mandosela into allegations of corrupt relations between his loyalists and the wealthy Gupta family.

But why does he continue to survive? Simply, the people who want him to go do not have the numbers to push him out of parliament.

Analysts have always said that the decision to sack Mr Zuma would need to come from the ANC itself and for that to happen, certain processes would need to be followed.

These include consensus from the ANC branches around the country and even a party congress where a new candidate would be put forward. The ANC is simply not united or even organised enough at the moment to successfully bring together all its members.

There are too many factions and none of them have the support of the masses – except one man.

So in the midst of the chaos, Mr Zuma who might be concerned about the rumblings within his party, knows he is still ahead of the pack.

“To put it plainly, we can choose Jacob Zuma, or we can choose South Africa,” Mmusi Maimane, leader of the main opposition party Democratic Alliance (DA) which tabled the motion, told parliament during a heated debate.

“Many of you have been speaking out against him in recent weeks… I know that there are men and women in these ANC benches who want to do the right thing.”

ANC minister Nomvula Mokonyane said the motion had been introduced “to distract the ANC… from dealing with the challenges of poverty, unemployment and inequality”.

In order for the motion to succeed, a large number of ANC MPs had to vote with the opposition – something which analysts said was always unlikely.

The ANC has been in power since 1994, after leading the fight against white minority rule.

However, last month, ANC chief whip Jackson Mthembu called on the entire leadership to step down.

“When I said the entire ANC leadership that has already taken collective responsibility must take the fall, I meant everybody, myself included, including President Zuma,” Mr Mthembu said.

Before the vote, ANC secretary general Gwede Mantashe defended Mr Zuma, noting that the report had not found anyone guilty.

Earlier this year, the Constitutional Court ruled that Mr Zuma had breached the country’s constitution by refusing to repay government money spent on his private home in rural Nkandla.

This followed another report by the anti-corruption watchdog.

The DA also tabled a motion of no confidence in him then but it was defeated by 225 votes to 99.

Kenya Gleams on Africa's Bright Side 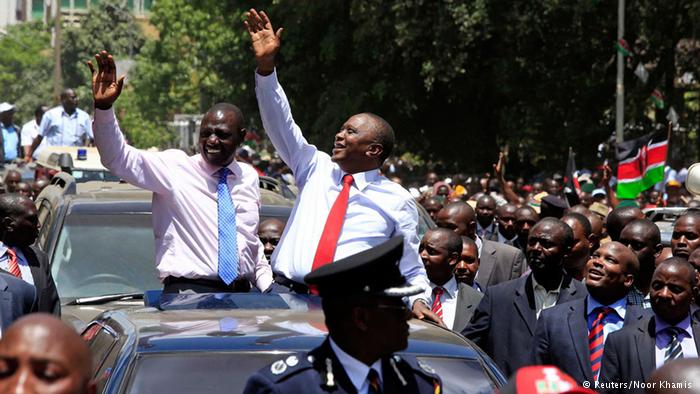