South Africa’s Jabob Zuma: ‘I do not fear prison’ 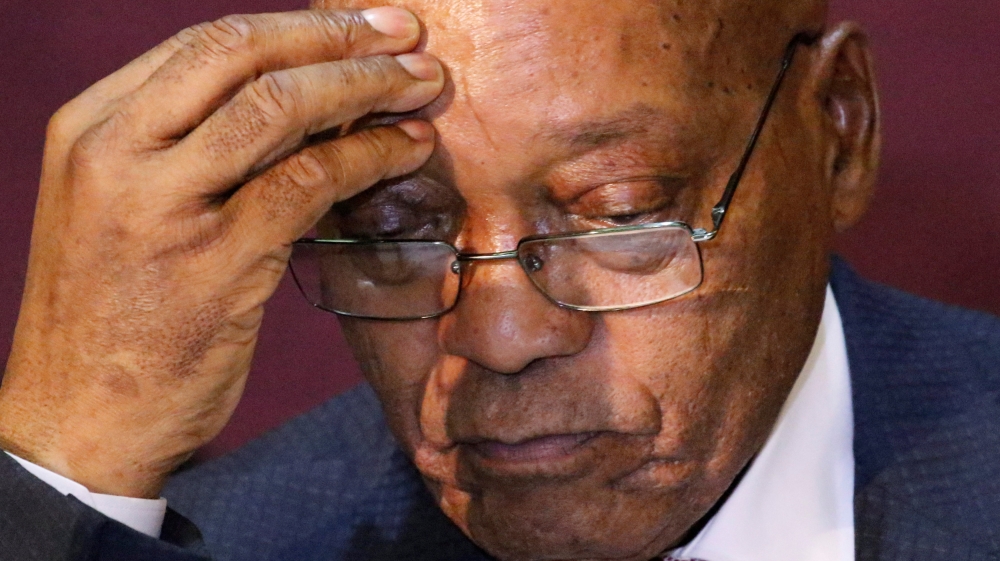 The “State of Capture” report, which stopped short of saying crimes had been committed, suggested a judge should take the investigation forward into whether Zuma, cabinet members, and some state companies acted improperly in their dealings with wealthy Indian businessmen.

Zuma on Saturday noted he had served time as a political prisoner during South Africa’s apartheid era.

“I’m not afraid of jail. I’ve been to jail during the struggle,” Zuma told a cheering crowd in Kwa-Zulu Natal, his home province and political stronghold.

Zuma spent 10 years as an anti-apartheid activist in prison on Robben Island with Nelson Mandela during the 1948-1994 rule by the country’s white minority.

Zuma criticised the report by anti-graft watchdog Public Protector released on Wednesday, saying he was not given a chance to provide “meaningful input” into the investigation.

“There’s no longer any space for democratic debate. The only space there is for court arguments by lawyers. That’s not democracy,” Zuma said.

The Gupta brothers – Ajay, Atul and Rajesh, who are friends of Zuma and work with his son – have been accused of influencing cabinet appointments and securing government tenders. Zuma and the Guptas deny any wrongdoing.

Thousands of protesters called for the president to resign after the 355-page probe was released, and some opposition politicians said Zuma should face criminal charges.

In one case, the report cited “extraordinary and unprecedented” government intervention in a private business dispute involving Zuma’s friends and his son.

This, it said, may have created “a possible conflict of interest between the president as head of state and his private interest as a friend and father”.

Zuma faces a no-confidence vote in parliament next week. He has survived two similar votes this year, backed by the support of his African National Congress (ANC) party, which controls about two-thirds of the assembly.

Since taking office in 2009, Zuma, 74, has overcome several corruption scandals with the backing of the top echelon of the ANC.

In June, South Africa’s Treasury recommended that Zuma should pay back more than $500,000 of public funds spent upgrading his private residence, including with a chicken coop and swimming pool.

The ruling came three months after the country’s highest court found that the president had violated the constitution by defying an order to repay some of the money used in the $23m non-security upgrades for his home in Nkandla, in KwaZulu-Natal.