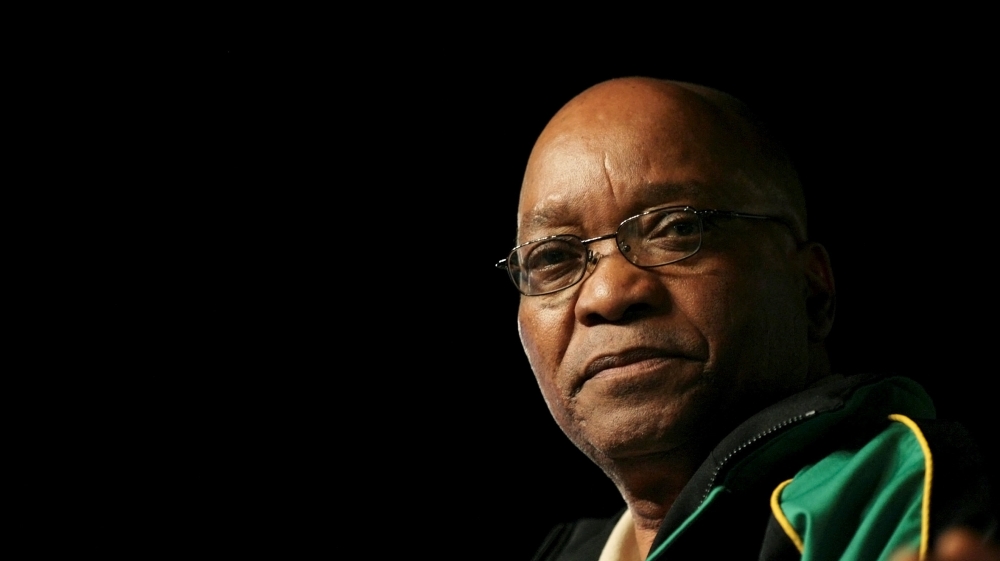 South African President Jacob Zuma has abandoned a court bid to block a watchdog’s report into corruption allegations against him, as calls grew for him to stand down.

Zuma’s surprise move on Wednesday came as thousands of people took to the streets of the administrative capital Pretoria on Tuesday to demand that he leaves office.

It paves the way for the release of the probe into accusations that he allowed a wealthy Indian family undue political sway, including letting them choose some cabinet ministers.

“My instructions are to withdraw the application,” Zuma’s lawyer Anthea Platt told the High Court in Pretoria at the start of the second day of the hearing.

Former public ombudswoman Thuli Madonsela concluded her report into the influence of the Gupta family last month, shortly before the expiry of her seven-year term.

It was due to be released on October 14 until Zuma moved to block it.

The president, 74, has survived a string of damaging scandals, but faces increasing criticism as South Africa’s economy stalls and after the ruling ANC party suffered unprecedented losses in local polls.

On Wednesday, thousands of opposition party supporters, unions and civil groups marched through Pretoria to protest against Zuma’s presidency.

“I spent the whole night here,” Dominic Khulube, 30, an unemployed man from Tembisa, a township outside Johannesburg, told AFP after a vigil by the leftist Economic Freedom Fighters (EFF) party.

“Zuma must step down and the Guptas must leave the country. If he does not step down today we will be here until he steps down.”

The marches were originally planned to show support for Finance Minister Pravin Gordhan, who was due in court Wednesday on separate graft charges that many analysts see as an attempt by Zuma loyalists to oust him.

But prosecutors dropped the charges on Monday in another twist to a power struggle that has exposed deep tensions in the ANC, the party that Nelson Mandela led in the fight against apartheid and which has held power since white-minority rule ended in 1994.

“We are being robbed by the very people who are meant to be looking after us,” Mmusi Maimane, leader of the main opposition Democratic Alliance party, told crowds in Pretoria.

“Judging by events this week, things aren’t going so well for the bad guys. Yes, our country is under attack, but make no mistake – the good guys are winning.”

One of Zuma’s sons, Duduzane, is their business partner.

Zuma last month said he was not given enough time to respond to the watchdog’s questions.

Xenophobic attacks: Why are your citizens in South Africa? – President Zuma asks Africa