Morocco sees ‘no turning back’ for climate pact 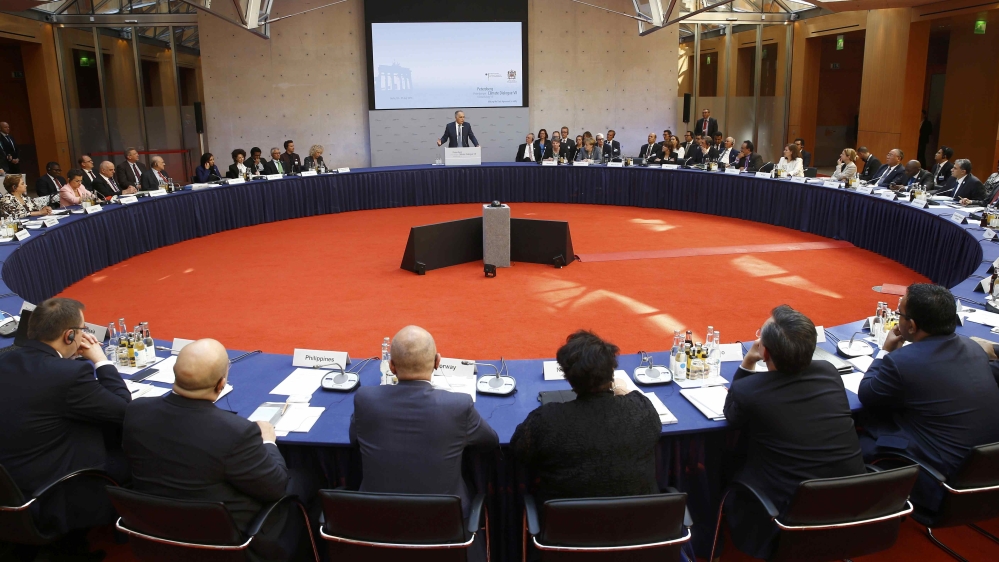 There is “no turning back” from a global accord to combat climate change, Morocco’s foreign minister said on the eve of UN talks in Marrakesh, amid fears that US presidential candidate Donald Trump will try to pull his country out of the pact if he wins the upcoming election.

“There is no possible turning back in the negotiation on what was agreed in Paris,” Salaheddine Mezouar, who will preside at the talks, told a news conference on Sunday, two days after the agreement, which was reached last year, came into effect.

“We can only advance,” he said, adding that the agreement had strong momentum after formally entering into force on Friday with backing from major greenhouse gas emitters led by China, the United States and India.

Asked about Trump’s threats, UN climate chief Patricia Espinosa noted that any state wanting to pull out would have to follow formal legal procedures, due to last four years.

“The agreement has entered into force and we are all obliged to deliver on those commitments,” she said. Still, the agreement lets all nations to define their own commitments for fighting climate change and has no sanctions for non-compliance.

WATCH: The politics of climate change in the United States

The number of nations that have ratified the 2015 Paris Agreement to curb global warming by shifting from fossil fuels has risen to 100 in recent days, including OPEC’s top oil producer Saudi Arabia, the United Nations said.

The US election is casting a shadow over the meeting of officials from almost 200 countries in Marrakesh from November 7-18 to work on ways to implement pledges made in Paris to adopt cleaner energies such as wind and solar power.

Trump wants to ditch the Paris Agreement, doubting mainstream scientific findings that droughts, floods and rising sea levels are linked to human activities. By contrast, his Democratic rival Hillary Clinton is a supporter.

With the UN accord legally in place, Trump may find it easier if he wins to oppose US President Barack Obama’s plans to cut US greenhouse gas emissions by 26 to 28 percent cut by 2025 from 2005 levels.

Trump says the agreement would undermine US jobs, such as those in the coal industry.

OPINION: The Muslim World has to take climate action

The Morocco meeting is set to start writing a detailed “rule book” for the Paris Agreement, likely to take two years, and find ways to act such as raising finance to help developing nations cut their rising emissions.

The Paris Agreement entered into force on Friday after it passed a twin threshold last month of support from 55 nations representing 55 percent of global emissions.

Efforts to build a new global deal to tackle climate change were for many years criticised for moving at glacial pace. Climate negotiators in Morocco find themselves facing an entirely new problem: a deal that, astonishingly, has come into effect more than three years ahead of schedule.

That has been a cause for celebration – and some puzzlement.

“We’re now in an interesting conundrum we never thought we’d find ourselves in: After pushing for decisive and speedy action, we got it,” said Paula Caballero, global director of the climate programme at the Washington-based World Resources Institute.

The immediate challenge for negotiators is that, by law, countries that have ratified the deal must start agreeing the rules to implement it at the next UN climate conference.

But that meeting starts on Monday in Marrakesh. That has left officials a very short time to iron out a host of technical issues – and only about half the parties that crafted the Paris deal eligible to participate in the early decision-making.

“Because we’ve jump-started the (deal), we now have to find a way for negotiators to discuss the rules while still finding ways for other countries to come in and join,” said Liz Gallagher, a climate diplomacy expert at London-based E3G, a sustainable-development think tank.

But that is “a good problem to have”, she said. “It’s the first time we really feel the urgency in the negotiations is reflected.”

The post Morocco sees ‘no turning back’ for climate pact appeared first on African Media Agency.