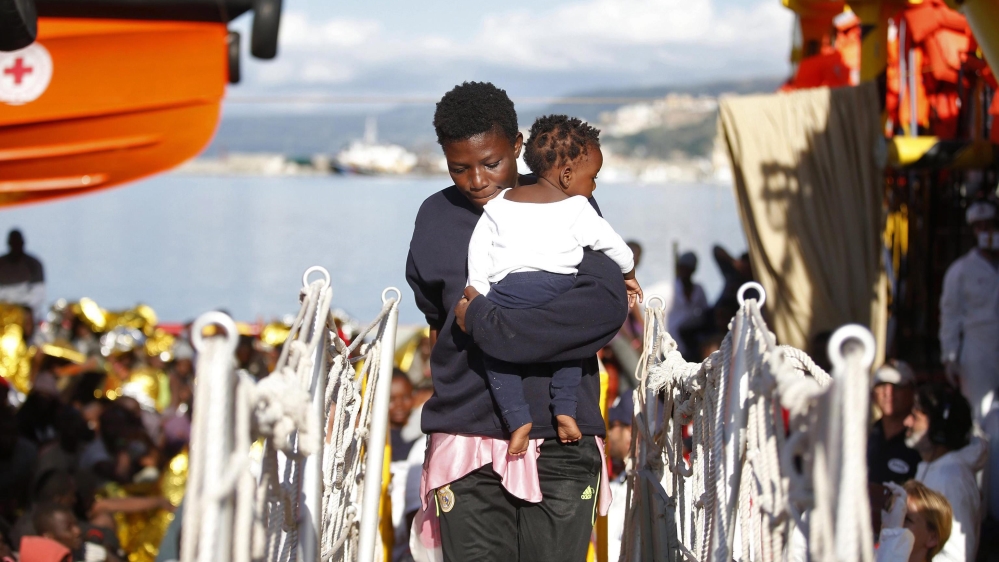 As many as 239 people are feared dead in two shipwrecks off the coast of Libya, according to the United Nations refugee agency.

Carlotta Sami, a UNHCR spokeswoman in Italy, said 31 survivors of two shipwrecks who arrived on the southern Italian island of Lampedusa reported that the rubber dinghies they were traveling in had capsized on Wednesday in heavy seas shortly after leaving Libya.

The first dinghy – which carried around 140 people, including six children and about 20 women, some pregnant – sank when wooden planks laid at the bottom broke, causing the dinghy to capsize 40km off the Libyan coast, the UNHCR said. Twenty-nine people were rescued and 12 bodies were recovered.

In a separate operation, two women found swimming at sea told rescuers that 128 other people had died in their wreck.

In both cases, most of the people on board appeared to have been from sub-Sahara Africa, but Sami said aid workers were still ascertaining details.

Leonard Doyle, chief spokesman for the International Organization for Migration (IOM), said the latest wrecks meant that 4,220 lives had now been lost in the Mediterranean so far this year – the highest toll on record.

READ MORE: Calais ‘Jungle’ camp evacuation – Where will they go?

Five rescue ships, coordinated by the Italian coastguard, were within sight of the refugees but, despite attempts to rescue them, most died, said Doyle.

“Two rubber dinghies, which is what they are, rubber dinghies, packed with migrants, totalling over 300 we think in all … have succumbed to the the waves off Libya in very bad weather,” he said.

Refugees have told the IOM that people smugglers say European training of Libyan coastguards means that rescue missions may soon be handed over to Libya, and that any rescued migrants will be taken ashore in the Northn African country rather than in Italy.

That might be causing the rush, despite the bad weather, said Giacomo.