Projecting my own singular experience onto others, I think the first time most of us first really noticed Victor Moses was at the start of the 2012-13 season in what would turn out to be his final game for Wigan Athletic.

Wigan had barely escaped relegation the season before and facing the Champions of Europe to begin the new season, the outcome was never in doubt after Chelsea scored twice within the opening ten minutes. Moses had gotten himself into a bit of a spat with Wigan management earlier in the summer (Dave Whelan, Wigan’s chairman at the time, was not exactly known to be a most reasonable man) and had been linked with moves away for much of the offseason. Chelsea were among the interested parties, and so we watched him keenly.

He passed his public audition with flying colors, terrorizing both flanks with his direct style, strength, and pace. Wigan failed to score but that was mostly due to Moses being their one and only threat. Neither Branislav Ivanović, nor Ashley Cole, nor Ryan Bertrand could contain him. A few days later, with Wigan accepting Chelsea’s fifth and final offer of around £9-10m, it felt like we got a bargain. A 21-year-old, homegrown talent, an alternative option to the flair offered by the likes of Mata, Hazard, and Oscar, ready to grow right alongside the young, re-building new core of Chelsea.

That was the plan anyway. I don’t think anyone imagined the next four seasons panning out the way they did. Moses set career highs in apperances (43) and goals (11) in his first Chelsea season — and that’s despite leaving for a month to guide Nigeria* to an Africa Cup of Nations title, collecting the Player of the Tournament award along the way — then didn’t kick a ball competitively for the Blues for three years.

(* Moses turned out for England as a youth international (winning the Golden Boot at the 2007 U17 European Championships, for example), but chose his birth nation when it came time for senior international football. “Probably if I had waited a bit longer, I might have picked England,” says Moses, but Stuart Pearce stopped picking him for the U21s.)

He would impress in pre-season and then be sent on his merry way to join the Loan Army. Liverpool, Stoke City, West Ham — all three had designs on possibly signing him permanently at one point or another, but due to injuries, inconsistent form, or whatever else, they kept passing. Moses would return, impress, be loaned out again. Rinse, repeat. We would question the reasoning behind new contract offers and new contract signings. Surely, just another wasted career to chalk up to the Chelsea loan system.

And then, Antonio Conte happened and for once, an impressive preseason actually won Moses a place in the team. And then, the switch to 3-4-3 happened, and suddenly, the backup winger had become a crucial piece of the puzzle at right wing-back. Sure, it’s only been four games, but it looks like Moses has been born to play this role. In another four games, this statement could look very silly. Or it could look like an understatement. It wouldn’t be the first time Moses beat the odds.

Almost 26 years ago, on December 12, 1990, Victor Moses was born in Lagos Kaduna, Nigeria. Not much is known of the next eleven years; Moses acknowledges the facts — parents killed in an attack on their home; relatives financing his move to seek asylum in the UK — but it’s something that he does not discuss in public. The 11-year-old Victor became a refugee, landed in London, and got down to the business of persevering.

“Football helped me settle. I started playing for a team called Cosmos in the Tandridge League before I went for a two-week trial with Palace. They must have liked what they saw.”

Crystal Palace indeed liked him so much — he supposedly scored 10 goals on his academy debut — that they helped place him at Whitgift, a fee-paying private school, one of the oldest and wealthiest in the country, renowned for exotic peacocks prancing around their 45-acre property and of course for producing academics and politicians with the occasional rugby player or cricketer thrown in. They had never had a football team in their 400-year history; to help change that fact, in 2001, so shortly before Victor Moses arrived, they hired Chelsea legend Colin Pates, who’s currently 24th on the list of all-time appearances for the club. For more on the Whitgift football experiment, be sure to read Peter Watts’s excellent article called “South London and the birth of the educated footballer” over at The Great Wen.

Whitgift has since established partnerships with several local clubs, including Crystal Palace, Charlton, and even Chelsea. Bertrand Traoré, for example, was placed at Whitgift as part of his teenage upbringing while not officially a member of the Chelsea Academy.

By all accounts, Victor Moses excelled both in the classroom and on the pitch. GCSE results above the national average and stories of too many goals to count. In 2004-05, Moses led Whitgift to the final of the U14 Schools Cup, where they met Healing School in a final staged at Leicester City’s Walkers Stadium (now called the King Power Stadium). As recalled by Jon Molloy, the coach of Healing a decade later for a story in the Grimbsy Telegraph, Whitgift won 5-0; Moses, playing as a lone striker, scored all five goals. Just a drop or two in the bucket that included 50 goals for his school that season.

“He is far from being the finished article, but there is no question he is the most talented striker of his age that I have seen. He is strong, quick and he scores goals for fun, and he just looks fantastic as a player.”

“What is encouraging is that he has a great attitude. He has his feet firmly on the ground and he is modest and level-headed. He almost has the attitude of a professional; if he scores four but misses one it is the miss that keeps him awake. He is going to have to work particularly hard if he is going to make it, but with his talent it is up to him.”

By 2007, Moses was in the Crystal Palace first-team while still finishing school at the same time. He would become a first-team regular the following season, signing his first professional contract for four years, which he would never see out thanks to the Eagles’ financial difficulties. The club went into administration and Wigan pounced on the bargain. A mere £2.5m changed hands as Moses joined Roberto Martinez in the Premier League in January of 2010.

“With the ability he’s got, added to the hard work he’s done, I’m really looking forward to watching him. I expect him to do very well in the Premier League.”

This is basically where we began our story, as Moses grew to become a key member of the Latics and then making the move up to Chelsea. His path (back) into the first-team has been anything but straightforward, but like Whitgift’s motto states, Vincit qui patitur (“He who perseveres, conquers”).

“I saw the Champions League trophy the other day, it was at the training ground. Everyone was having their picture taken with it but not me. It was the players that played in the Champions League. I just walked away, although I did touch it. I thought to myself: ‘Hopefully, we will win it again this year.'”

Obviously, that has not happened. Much like Moses’s career, Chelsea’s path since 2012 has taken us to the highest of highs and the lowest of lows. But now we are here, reunited and it’s starting to feel very good indeed.

“It would be a contradiction, then, to single out any player from this [Chelsea] side or to claim one individual’s importance as being greater than the others. But if Moses deserves special praise, it’s because so much of what his side are currently doing well seems traceable back to him and to what he does with and without the ball.”

There’s always a danger of overanalyzing, overpraising, overstating things in football. The sport lends itself very well to grandiose statements, vast overreactions, and sudden swings of form and opinion that could leave you sprawled on the ground faster than Moses would leave Ivanović behind on that first glimpse back in 2012. But having come all this way despite all the odds, you probably shouldn’t bet against Victor Moses. As Pat Nevin wrote in his weekly column for Chelsea official, “He has the air of a man who has been given a chance he never thought he would get, and by God he isn’t going to let it go.”

“Definitely, wherever [my parents] are at the moment, they should be proud of me, looking down being proud.”

“It has been a long journey [from Nigeria] and I just want to keep strong and work hard for myself, whether it’s football or not football. I have to thank God for being where I am, it’s like a dream come true and, if I keep working hard, who knows, I’ll probably end up in Barcelona one day.”

Why Does Rwanda's Economic Success Get Abused in Paris And Ignored In DC? 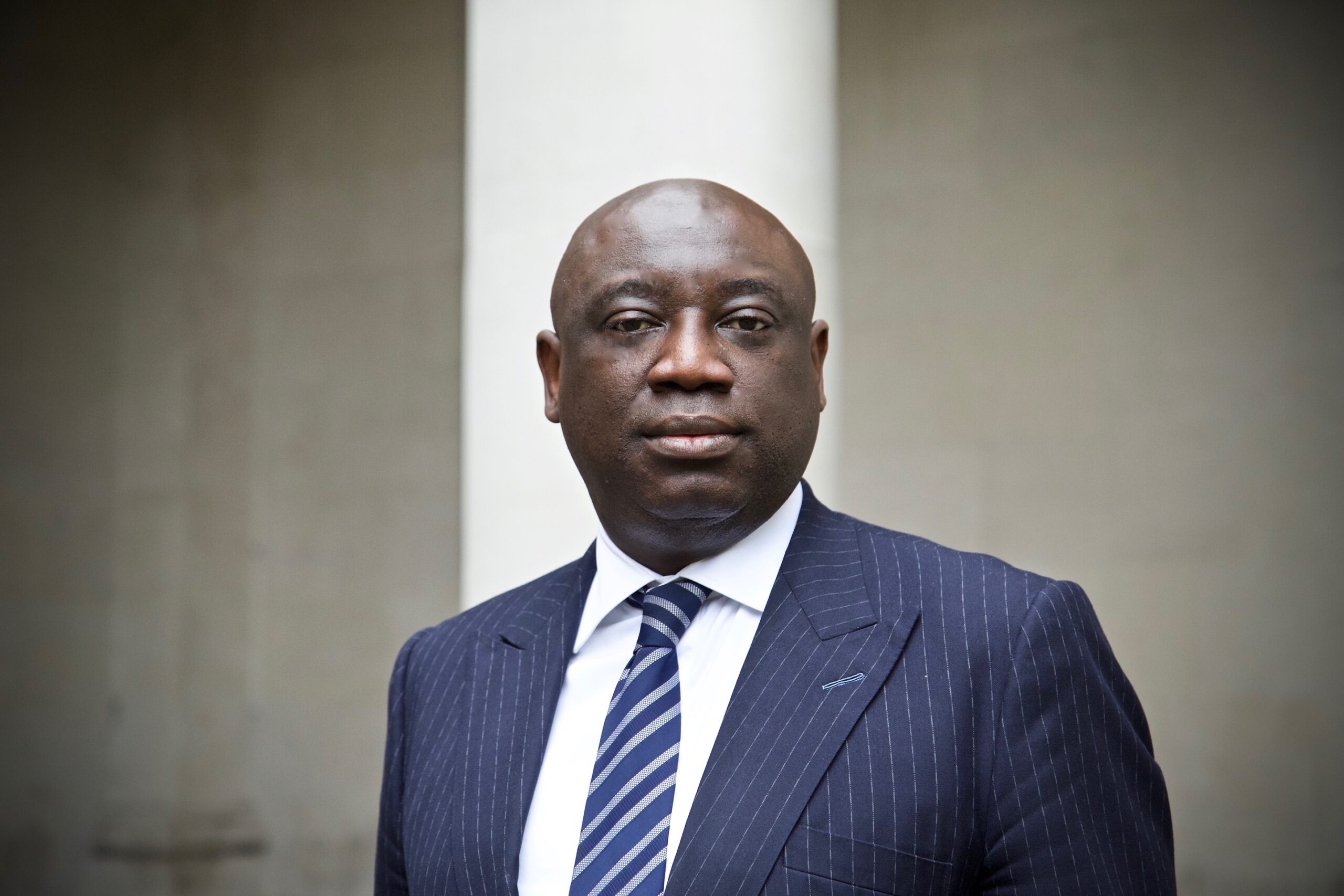