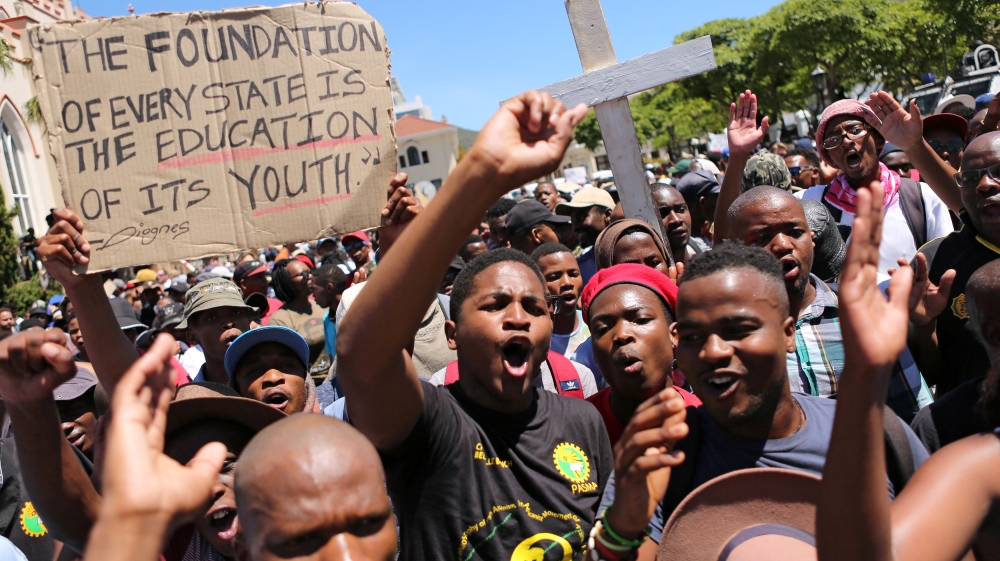 It is not the first time South Africa has seen student mobilisation. Fees protests, campus shutdowns and mass political violence and repression have been held at historically black universities and colleges for a long time.

What makes the 2015-16 period distinct is that for the first time our student movement spread on to historically white universities, which opened doors to all South Africans after the fall of apartheid in 1994, but continued to retain their colonial foundations.

With this expansion returned the demand for decolonisation of education, echoed in the 2015 #RhodesMustFall campaign at the University of Cape Town, along with long-standing calls for free education and the end to outsourcing practices for campus workers.

#FeesMustFall in many campuses strategically rejected the vertical hierarchies of student representative councils as the only “legitimate voice” of student demands.

The movement experimented with flat structure and open, direct democracy during mass occupations.

But the movement has also faced a multitude of challenges, including persisting internal divisions and increasingly violent and repressive measures by the South African authorities.

Our 2015 achievement of freezing university fees was only temporary; now the government is back trying to introduce another increase of up to 8 percent for the 2017 academic year.

We are out in the streets again not just to overturn this decision, but also to lay the foundations of free decolonised education on campuses across the country.

Why are protests happening?

South Africa’s educational system is still rooted in the colonial and apartheid eras, and their injustices persist in its structure and financial set-up.

Both private and public universities in South Africa charge fees and offer different amounts of financial aid along with a national loans system. Over the years, enrolment in the country’s 26 higher education institutions has steadily grown and in 2017 it is expected to reach 1,053,420.

While the intake of students considerably increased, the government’s contribution to universities’ income decreased by 18.4 percent, with the total state budget for public higher education accounting for only 0.74 percent of the gross domestic product.

This means that an overwhelming number of South Africans need loans for education which enslave the working class and the historically disadvantaged in a debt cycle reinforcing the inequalities carved out by colonialism and apartheid.

But it isn’t only the students that suffer from the unjust financial structures of higher education. In 1999, campus manual labour positions such as cleaners, cafeteria staff, gardeners and so on at many universities were transferred to private companies to reduce costs and managerial load.

This resulted in lower wages, less social security and harsher work conditions. So it is only natural that students and campus workers unite in their efforts against the economic injustices of the education system and demand reforms together.

In their struggle for decolonised education, students have pressed even further and have questioned the socially established role of universities and the apparent Eurocentric biases in curricula. There have been calls for decolonisation as it pertains to what is taught and how it is taught.

Conversations that were once relegated strictly to the humanities are spilling over into other departments, faculties and disciplines in ways that will hopefully consolidate them in the future, as repositioning and reconstructive efforts begin to take root.

What has #FeesMustFall achieved so far?

Forcing the government to temporarily freeze fee hikes was by far not the only achievement of the student movement.

Earlier this year, the #OutsourcingMustFall collective at the University of South Africa won an insourcing agreement for their institution.

Students’ engagement with workers’ rights has also gone beyond the university campuses. #FeesMustFall has won the support of the Association of Mineworkers and Construction Union, which declared its intent to stand in solidarity in late September 2016.

These engagements, and others like it, are absolutely crucial in building the free decolonised education movement, as we connect the struggles of some of the most marginalised members of society with the very institutions of higher learning that claim to work for the public good.

The nature of this connection, when fought through joint struggle and sacrifice, is one that is precisely the character of the decommodified education system the movement strives to help forge.

What challenges is #FeesMustFall facing?

The protest movement was never completely unified and divisions, particularly along political party lines, reflected the diversity of the students’ demands in each of the campuses.

In 2016 student and worker unions who aligned with the ruling party, the African National Congress, called for “free education for the poor”, while non-partisan groups and opposition parties united under the banner of “free decolonialised education for all”, asking for the immediate implementation of a fee-free model across the board with radical curriculum overhauls.

The announcement of the fee freeze in 2015 exposed these divisions and the movement lost momentum. This split persisted even in 2016.

OPINION: The Cecil Rhodes statue is not the problem

In September, fee hikes for 2017 were announced and this encouraged the movement to come back together for campus shutdowns across the country, which held ground at 16 institutions for almost six weeks.

But this moment also coincided with deeper reliance on partisan structures and the sidelining of many black feminist queer organising blocs within the movement.

This has been particularly disconcerting, as the discourse on inclusion of black radical feminism and representation of women and queer activists in leadership structures and media encounters has visibly given way to popular male figures and increasingly centralised leadership.

The state’s increasing use of repression has also hurt the movement and encouraged perceptions of its violent nature. From my personal experience, the campus shutdowns were mostly peaceful but because of the use of force primarily by private security, several protests ended in damage and burning of property in retaliation.

The widespread media attention on property damage, along with the establishment of a security-heavy government task team, signalled to the movement that the state was ready to intensify the repression.

What followed was mass arrests, internal expulsions and court interdicts, including denial of bail in some cases; more than 830 protesters have been arrested since February.

At the same time the media has not properly reported on the violence against student protesters, which has escalated to incidences of sexual assault by private security and the police.

As the year draws to a close, #FeesMustFall remains entangled in shutdown tactics while public institutions risk losing a full academic year. Progress in negotiations across the campuses is difficult as many protesters are in jail, suspended or expelled.

The success of the movement shall be determined, I believe, by its ability to move beyond the campuses and involve broader society.

Now more than ever, extreme discipline and tactical awareness are necessary to avoid further clashes with security forces and private property damage, and to win over civil society, parents, workers and the international community.

Brian Kamanzi is a Cape Town-based writer and electrical engineering Masters student at the University of Cape Town. He describes himself as committed to the social upliftment of his fellow people. He is a budding Pan-Africanist, eager to make contributions to the movement and form cross-cultural connections with others in the struggle. Follow his writing here.

Pan Africanism is the road to Africa’s security 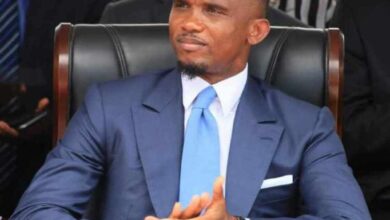