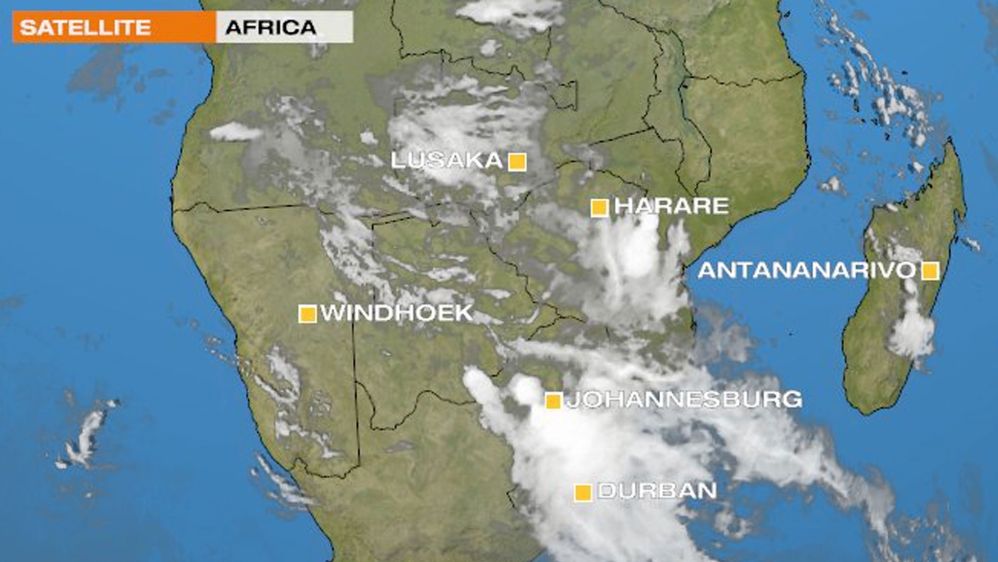 Early summer storms in South Africa have caused fatal flash floods in Johannesburg. At least six people are reported as dead in Gauteng, and more may be still missing.

Heavy rains caused national roads and the OR Tambo International Airport to flood on Wednesday afternoon. On approach roads and, indeed, other roads, many cars were washed away while drivers looked on helplessly.

The term “flash flood” was appropriate as the water level rose so quickly that people were trapped in their cars while on the highway. About 100 cars were reported as having been swept off the N3, the major freeway joining Johannesburg with Durban.

Hail fell in abundance around Johannesburg, ranging in size from small pellets to marbles. It fell to a depth of approximately 20cm in Pretoria.

The average rainfall for Johannesburg in November is 117mm. What fell on Wednesday was recorded as 90mm at OR Tambo airport. That is extreme and the results were obvious.

Thunderstorms developed again on Friday and the South African Weather Service issued a warning for Gauteng.

This is the worst thunderstorm in Johannesburg for decades, and follows a period of drought. The effects are made worse because storm drains have not had to deal with rushing water for some time and have accumulated blocking debris.

A positive note comes from the topping-up of nearby reservoirs. To the south of Johannesburg, the Vaal dam could hold 2.6m megalitres of water. Before the deluge, its level was at 26.5 per cent of this, a poor way to start summer; so this additional inflow will help.

November’s average rainfall has now been surpassed in Johannesburg and the rain hasn’t ceased. Flash flooding is still possible, but conditions will ease from Saturday in Gauteng. The most violent weather will then be in Mpumalanga and Swaziland and heading for the Mozambique border.