Prosecutors in Switzerland have seized luxury cars belonging to the vice-president of Equatorial Guinea, who they are investigating for corruption.

Teodorin Obiang Nguema, the son of the country’s president, is accused of money laundering. He has not commented.

The accused is due in court next year in France on similar charges, which he denies.

Prosecutors in Geneva say he has plundered his country’s oil wealth to buy luxuries, including a private jet and Michael Jackson memorabilia.

Equatorial Guinea, a small country on the west coast of Africa, struck oil in 1995.

Its president, Teodoro Obiang Nguema, is Africa’s longest serving leader. He has been described by rights organisations as one of Africa’s most repressive leaders.

MrObiang, 47, was promoted in June by his father to be vice-president.

He was already set to face trial in France next year on corruption and embezzlement charges.

Nigeria's Soyinka to 'cut up' US green card if Trump wins 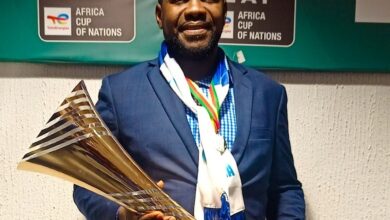