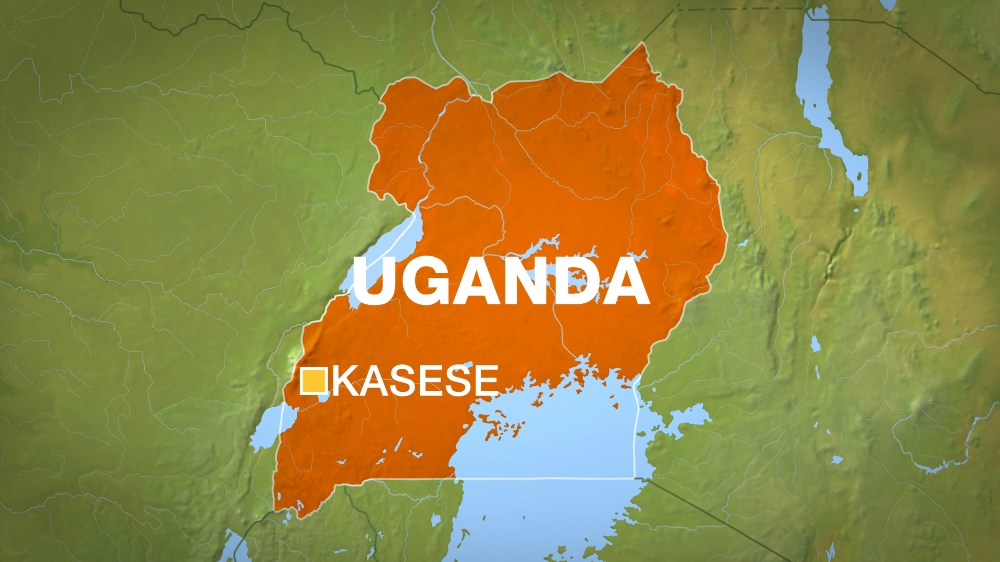 At least 55 people have been killed in fierce fighting that erupted in western Uganda between security forces and a separatist militia linked to a tribal king, according to police.

Andrew Felix Kaweesi, police spokesman, said on Sunday that 14 police officers and 41 rebels had died in the clashes in the town of Kasese on Saturday, when fighters linked to the royal guard of the Rwenzururu kingdom attacked patrolling security forces.

“Yesterday a joint Uganda police and UPDF (army) operation, patrolling in Kasese town… came under attack by royal guards of the kingdom. The attackers threw an improvised grenade which exploded and injured one soldier. Security forces reacted and shot in self-defence, killing four attackers,” said Kaweesi.

“That incident set of an explosion in all local sub-counties.”

Fighting continued all day and was still underway on Sunday, with the King Charles Wesley Mumbere holed up in his palace as heavy gunfire sounded outside, according to his spokesman.

Kaweesi said the attackers – not all of whom were royal guards – had guns, spears and improvised explosive devices.

Mumbere has distanced himself from the cause, however, the authorities accuse his royal guards of training in the mountains alongside separatist militia forces to attack government installations.

“The situation is volatile. Several of our guards have been killed after the government gave an order to disband the royal guards immediately which is not easy,” Clarence Bwambale, Rwenzururu kingdom spokesman, told the AFP news agency from the palace where he and the king were holed up, as heavy shooting echoed in the background.

“The king spoke to the president (Museveni) this morning and he gave him two hours to disband the royal guards which is impossible. Now the army and police have raided the palace and attacked the royal guards” he said, with a large explosion heard in the background.

“We have told the government the kingdom is not involved in the creation of Yiira republic which wants to break away (from Uganda) and that the royal guards are not involved,” he said.

Earlier this year Museveni ruled out any form of secession in the Rwenzori region.

The Rwenzururu kingdom is a traditional monarchy based near the Rwenzori mountains which straddle Uganda and the Democratic Republic of Congo, and its members are mainly the Bakonzo people – also found in both countries.