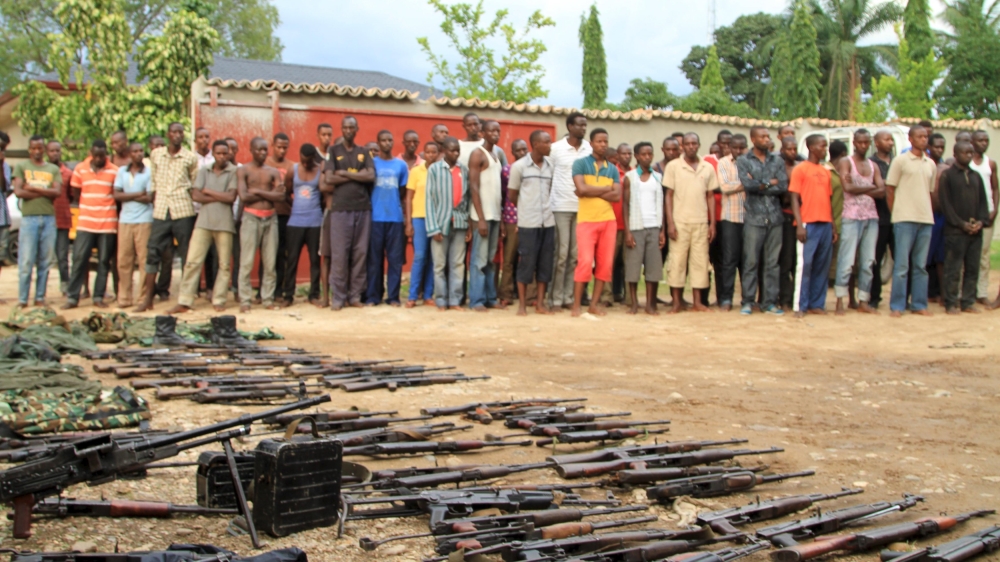 Unrest in Burundi risks spiralling into civil war and genocide, rights groups warned on Tuesday, urging the international community to deploy a peacekeeping force to protect civilians in the country.

Burundi descended into turmoil in April 2015 after President Pierre Nkurunziza’s controversial decision to run for a third consecutive term – a vote he later won amid violent protests.

Since then, more than 1,000 people have died, between 300 and 800 are missing, some 8,000 are being held for political reasons and more than 300,000 people have fled the country, according to a report published on Tuesday by the International Federation for Human Rights (FIDH) and Burundian Human Rights League (ITEKA).

“There is an extreme, systematic violation of human rights here on a daily basis, which may lead to dynamics of genocide.”

In their 200-page report, entitled Repression and Genocidal Dynamics in Burundi, the groups said “crimes against humanity are being committed in Burundi today”.

They cited systematic arrests, summary and extrajudicial executions, acts of torture and other acts that are “manifest” in Burundi.

FIDH and ITEKA, which have a network of observers in the country, also pointed out several “dramatic actions” by Burundi’s government by the end of October.

They included the government’s denunciation of a UN human rights report “quite damning of the regime”, its expulsion of the African Union and three UN experts, its withdrawal from the International Criminal Court , as well as its suspension of five Burundi organisations defending human rights, including ITEKA.

This year, Burundi has refused to allow the African Union to send 5,000 peacekeepers and the United Nations to deploy 228 international police.

The groups said that the government’s recent break with the international community “heralds a new intensification of repression and crimes against citizens who are considered hostile to the regime”.

“Burundi’s government is losing all contact with the outside world,” FIDH president Christopoulos said.

“These are bad symptoms. This is not African politics as usual.”

“We are not surprised by what they say. There is nothing new,” Karerwa told The Associated Press.

In September, after the publication of a damning UN report claiming that Burundi’s government is behind systematic human rights abuses, including executions and torture, Burundi accused the world body of bias.

In a statement, the government said that UN investigators were “politically motivated” and their conclusions based on anonymous and unverifiable sources.

In October, Burundi’s government withdrawn permits from several human rights organisations and other non-profit groups, accusing them of “stirring up hatred and tarnishing the nation’s image” by criticising the government.

The report by FIDH and ITEKA also addressed the possibility of genocide.

The groups said the government viewed protests against a third term for Nkurunziza as a threat, but after an attempted coup in May 2015, the ruling party “started to use the classic rhetoric of defending the Hutu majority as being persecuted and threatened by the risk of the return of an oppressive Tutsi military”.

FIDH and ITEKA said “all the criteria and conditions for perpetrating of genocide are in place: ideology, intent, security institutions and relaying … the identifying populations to be eliminated, and the using of historical justifications.

“Our organisations warn that these dynamics are intensifying and could lead to genocide in Burundi,” the rights groups said.

FIDH and ITEKA urged the African Union, UN, European Union and international community to “send a civilian protection force to Burundi,” impose sanctions against perpetrators of serious human rights violations, and “make every effort to resume political dialogue and find a peaceful solution to the crisis”.

“In the first place, we need to exhaust all possible means of political dialogue,” Christopoulos said.