This week, the German public broadcaster ARD obtained information regarding the existence of thousands of human skulls and other remains of African people in the possession of the Prussian Cultural Heritage Foundation, which presides over state museums in Berlin.

According to Deutsche Welle, ARD identified about 1,000 skulls that originated from what is now Rwanda and about 60 from Tanzania. Researchers and state officials will now work toward the repatriation of the remains; they were claimed at a time when both countries were part of the larger German East Africa colony, which existed from 1885 until the end of World War I.

The existence of such a collection in European museums is both disturbing and not at all surprising. In the late 19th century, as various competing colonial powers carved up large swaths of Africa and held sway over the islands of the Pacific Ocean, early anthropologists and Western collectors made a hobby of hoarding the remains of indigenous peoples.

In an era of scientific racism, such artifacts — if they can be considered that — were in high demand. European museums staged “human zoos,” where people from various indigenous communities in far-flung colonies would be put on display in invented habitats, like caged animals.

The bones and skulls and even embalmed heads of those from remote tribal cultures were objects of fascination and inquiry. A generation of eugenicist scientists developed theories of racial difference and superiority through the study of these objects. The hideous thinking behind such “scholarship” would find its most gruesome endpoint in the experiments of Nazi scientists during the Holocaust.

Some of the remains detailed in the Berlin collection are believed to belong to insurgents killed by German troops during various colonial wars. Their skulls, like those belonging to other Africans fighting other colonial forces, were sent back to the imperial capital for analysis. In many other incidents, unscrupulous bounty hunters would simply kill or exhume bodies of indigenous people to sell off to eager European collectors.

In recent decades, the discovery and tussle over the repatriation of such remains has led to diplomatic incidents and awkward concessions from Western governments and museums.

In 2000, a museum in Spain finally sent back to Botswana a whole, stuffed African man from the Kalahari Desert whose body had fallen into the hands of French taxidermists in the 1830s. In the past five years alone, according to Deutsche Welle, Germany has returned human remains found in its museums to former colony Namibia, and to Australia and Paraguay. In 2012, France finally sent back to New Zealand 20 mummified tattooed heads of Maori warriors, which European sailors in the 18th and 19th centuries coveted as valuable prizes to sell back home.

“We close a terrible chapter of colonial history and we open a new chapter of friendship and mutual respect,” declared then-French culture minister Frédéric Mitterrand.

To sum up all the recent returns would be a harrowing litany. To cite a few: last year the Field Museum in Chicago returned the remains of three Tasmanian Aboriginal people; in 2011 the Natural History Museum in London returned the skeletal remains of 138 people to the Torres Strait Islanders in Australia; and in 2008, the remains of 180 people from a bulldozed ancient mound were returned to the Onondaga Nation by the New York State Museum. In 2013, the remains of Julia Pastrana, held at the University of Oslo, were finally buried. Pastrana was exhibited as a human freak in the 19th century due to her hypertrichosis terminalis condition that covered her face in hair; her mummified body was toured after her death and traded hands as an oddity. In 2002, the remains of Sarah Baartman were interred in South Africa after being on display for decades at the Museum of Man in Paris. Like Pastrana, Baatman had been exhibited as a 19th-century spectacle during her lifetime, labeled the “Hottentot Venus” for her reportedly round buttocks and elongated genitalia.

Following the ARD report, Rwanda’s ambassador to Germany called for the swift return of these remains to their country of origin. A Tanzanian commentator on Deutsche Welle’s Kiswahili website, spoke of the larger sense of grievance and outrage felt by many in the former colonial world.

“I am so hurt by what was done to our ancestors,” the commenter said. 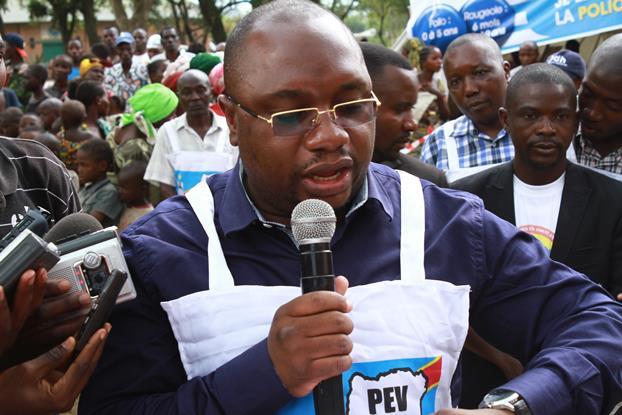 A Simple Call For Devolution Could Build On A New Zimbabwe And Africa..