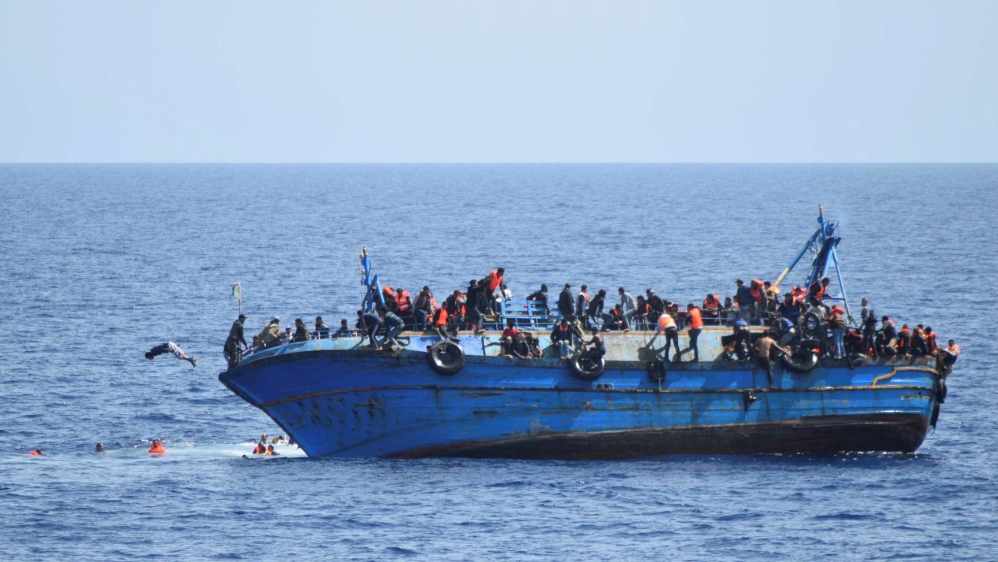 The bodies of 29 people, who perished in a pool of fuel and seawater on a crowded dinghy off Libya, have been found by the French aid group Doctors without Borders (MSF).

MSF said its chartered rescue ship, the Bourbon Argos, picked up 107 people aboard the inflatable boat 26 nautical miles off Libya on Tuesday.

Its crew initially counted 11 corpses on the dinghy’s floor, which was flooded with a murky mixture of fuel and seawater. The Bourbon Argos was then called away to another rescue operation nearby, saving 139 people aboard another vessel.

The crew returned to the dinghy and found 29 people had died, probably from suffocation, skin burns or drowning.

The bodies were retrieved from the toxic mixture over a period of hours, with the help of a team from the German NGO Sea-Watch.

“The mixture of water and fuel was so foul that we could not stay on the boat for long periods. It was horrible,” MSF project leader Michele Telaro said in a statement.

Twenty-three survivors suffered burns from exposure to fuel, 11 of whom were seriously hurt. Seven survivors were taken to hospital, two of them by helicopter.

‘Headlong rush to the cemetery’

The find adds to the grim evidence of the hazards of crossing the Mediterranean – a journey that the UN said on Wednesday has claimed more than 3,800 lives so far this year.

To venture out to sea in such conditions, said Tefano Argenziano, in charge of MSF’s migrant assistance activities, “is a headlong rush to the cemetery”.

In a separate incident, more than 90 people were believed to be missing after their boat sank off the coast of western Libya, according to a coastguard spokesman.

Ayoub Qassem said coastguards had rescued 29 people about 26 miles off the shore east of Tripoli.

Survivors said 126 people had been on the rubber boat before one of the sides was ripped and it started taking on water.

Libya is the main departure point for mostly African refugees and migrants seeking to cross the Mediterranean to Europe.

The route between Libya and Italy has become the busiest crossing point after a deal between Turkey and the EU in March largely closed off pathways to Greece.

Smugglers arrange ill-equipped and overcrowded vessels that frequently break down or sink. They often send groups with just enough fuel to reach international waters and be picked up by international rescue vessels.