JOHANNESBURG — It’s been a bruising week in South African politics, but you wouldn’t know it from a video going the rounds of Jacob Zuma, the country’s embattled president, cutting a rug under a festooned marquee at a state dinner in Kenya. He twirls on the checkered dance floor and shows off a few moves that would make any 74-year-old proud.

No harm in a president having a good time. But the timing of his high spirits struck some in South Africa as more than a little out of touch. Back home,violent student protests have been roiling the country’s universities for weeks, and on Tuesday, the country’s currency, the rand, had taken a nose dive after state prosecutors announced their office had summoned Pravin Gordhan, the nation’s well-respected finance minister, on an alleged fraud charge over a years-old administrative matter.

It is the latest skirmish in an internal war simmering away in South Africa’s government, reflecting fissures within the long-ruling African National Congress (ANC) party. Last December, Zuma abruptly fired a different finance minister, a move interpreted by some as an attempt to exert control over the nation’s coffers. That removal deeply upset markets, sending the rand into a downward spiral. Gordhan, who already had one successful run in the job under his belt, was brought back in to settle things down.

But the raft of reforms Gordhan soon introduced to keep South Africa’s wobbly economy out of recession and save the country from a credit rating downgrade to junk weren’t a unanimous hit. He has since come under pressure from different law enforcement agencies, a campaign some allege comes straight from the top.

As the country’s institutions duked it out, calls for Zuma to step down have grown louder both inside and outside the party. Pressure on the president mounted further this week, after Zuma went to court to block the release of a much-anticipated report by the anti-corruption watchdog on allegations of political interference by a family close to the president. (The family and the president have denied any wrongdoing.)

Though Zuma insists everything is fine, even his deputy has reportedly asked officials to call a truce. “We call upon the state machinery, if not to have a cease-fire, at least to act in a way that will not disturb the stability that our people call for,” Deputy President Cyril Ramaphosa was reported to have said last month. “A well-functioning government is a government that is not at war with itself.”

Not everyone got the memo. At a news conference Tuesday, Shaun Abrahams, head of South Africa’s National Prosecuting Authority, announced his office ordered Gordhan to appear in court on alleged fraud charges for approving the early retirement of a colleague when he was the head of South Africa’s tax agency. It wasn’t a total shock; rumors had swirled for months of Gordhan’s imminent sacking or arrest regarding a different investigation. When it became clear that prosecutors were actually planning to charge a sitting finance minister, the rand plummeted, along with many South Africans’ stomachs.

Even if fears of an attempt to get Gordhan out of office are groundless, the summons is a source of real anxiety for investors watching an economy hanging on by its fingernails. Political instability is bad news for companies that want to do business here. Gordhan, who has repeatedly denied any wrongdoing, had recently returned from an international roadshow to try to shore up confidence in the country.Unsurprisingly, Abrahams’s announcement invoked howls of protest from opposition parties, lawyers, business leaders and civil society groups. Gordhan’s office minced no words on what it thought of the whole affair, calling the proceedings “contaminated by abuse for political ends.” Abrahams has denied any political meddling in his office’s decisions, but it was bad enough that Zuma, too, made note of his office’s unfortunate timing. The president has repeatedly said he stands by Gordhan, telling lawmakers last month there was “no war” between his office and the treasury.

War or no war, there certainly have been casualties: the bank accounts of South Africans, whose values fall with each battle never quite won, and the hopes that every member of this government is serious about getting the nation back on track.

Why Africa’s Oil Crisis Could Lead To Growth 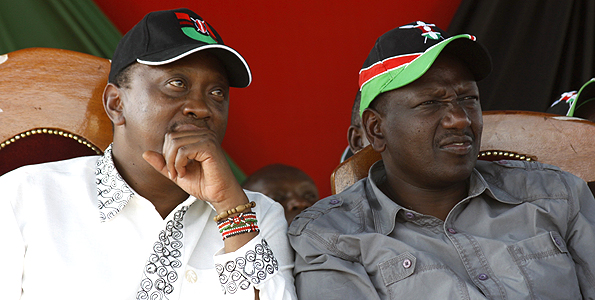