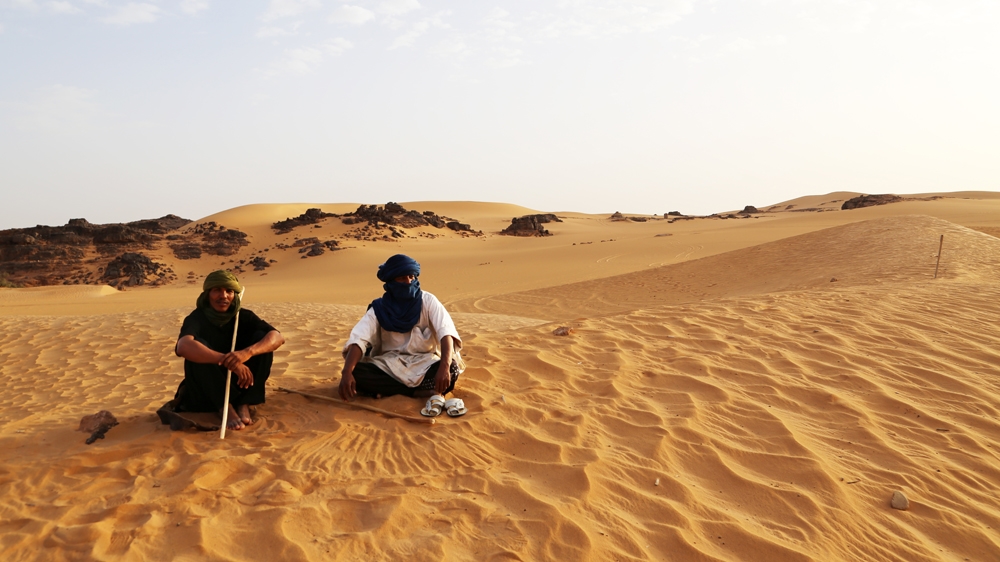 Africa remains a key territory on the global chessboard of the 21st century. Rich in oil and natural resources, the continent holds a strategic position.

Sub-Saharan Africa is home to six of the world’s 10 fastest growing economies. North Africa counts with vast oil and natural gas deposits, the Sahara holds the most strategic nuclear ore, and resources like coltan, gold, copper among many others are abundant in the continent.

But despite its position and resources, conflict and chaos have spread throughout the continent. At the heart of this turmoil is a strategic territory: the Sahel.

The region that straddles the Sahara to the north and the savannas in the south has become an important new front in the so-called war against terrorism.

But is the official narrative, the fight against terrorism, masking a larger battle? Have the resource wars of the 21st century already begun?

“What we are currently experiencing can be described as ‘a new scramble for Africa’,” says Jean Batou, Professor of History at Lausanne University.

At the centre of the troubled region of the Sahel is the nation of Mali, which is among the world’s poorest. Unemployment is rampant and most people survive hand to mouth.

Yet, back in the 13th century, the Mali empire extended over much of West Africa and was extraordinarily wealthy and powerful. Ivory and gold made it a major crossroad for global trade of the time. But inevitably, these resources lead to conquests.

“We are the transition between North Africa and Africa that reaches the ocean and the forests. This gives us an important strategic position: whoever controls Mali, controls West Africa – if not the whole of Africa… That’s why this region became so coveted,” says Doulaye Konate from the Association of African Historians.

RELATED: The Battle for Africa

The imperial European powers unveiled their plans to colonise Mali and the rest of Africa at the Berlin Conference in 1885. Britain, Belgium, Portugal, Spain, Germany, Italy and France, each got their share.

“The arrival of colonisation tore us apart. It felt like a cut, almost like a surgical operation,” Konate says.

The French colonial empire extended over much of western and northern Africa, but in the late 1950s the winds of freedom started blowing across Africa, and France was to lose all its colonies.

However, the euphoria of independence was short. France retained troops, bases and political influence over its former colonies: the policy of “France-Afrique” was born.

“France was Africa’s watchdog, defending the West in the region,” says Antoine Glazer, author of France-Afrique.

The US and the threat of ‘terrorism’

In the 1960s, the discovery of huge oil reserves in the Gulf of Guinea attracted a new player: the United States.

The US made military as well as economic investments on the African continent and Africa became a battleground in the Cold War.

In 1992, the US launched a so-called humanitarian intervention in the strategic Horn of Africa. The US sent 28,000 soldiers to Somalia to help put an end to a civil war. The operation ended in disaster two years later after American soldiers were captured and killed, images of their mutilated bodies broadcast around the world. They decided to withdraw.

In 2001, the attack on the World Trade Center reconfigured the geo-politics of the world. The United States launched a war in Afghanistan – a war that would soon spread far beyond.

A few months after September 11, the US military returned to the Horn of Africa with plans to stay. They established their first military base in Djibouti.

“The Sahel played a key role in looking at the movement of weapons, the movement of potential foreign fighters, and organised crime…,” says Rudolph Atallah, the former Director of Africa Counter-Terrorism, US Department of Defense.

The US Africa Command (AFRICOM)

The United States is the only country to have divided the world into separate military sectors to monitor and patrol, NORTHCOM, PACOM, SOUTHCOM, EUCOM, CENTCOM and now AFRICOM.

Under the stated goals of fighting terrorism and providing humanitarian assistance, AFRICOM implanted itself on the continent, conducting military exercises with a growing number of African countries.

RELATED: The consequences of the US war on terrorism in Africa

The establishment of AFRICOM was key for the consolidation of US interests in Africa.

The Americans sought to establish the headquarters of AFRICOM as well as a headquarter for the CIA in Mali. The problem was that the Africans had a common position of refusing the establishment of new military bases.

This opposition forced the US to set up the command of AFRICOM thousands of miles away, in Stuttgart, Germany.

Muammar Gaddafi: The ‘mad dog of the Middle East’

African resistance to AFRICOM was spearheaded by Muammar Gaddafi, the Libyan leader.

President Ronald Reagan had labelled him the ‘mad dog of the Middle East’ and had tried to assassinate him in 1986 by bombing his palace.

The Libyan leader’s independence and influence flowed from the vast petroleum reserves, the largest in Africa, which he had nationalised when he took power.

Gaddafi wanted to demonstrate that Africa could develop without depending on the western banking system or the International Monetary Fund.

“From the beginning of his political career as a leader, Muammar Gaddafi was opposed to a foreign military presence in Africa. One of the first things he did after coming to power in 1969 was to expel the British and US military bases in Libya itself,” Maximilian Forte, the author of Nato’s war on Lybia and Africa, explains.

But in March 2011, as the Arab’s Spring spread through North Africa, France and the United States decided to act. This was AFRICOM’S first war and its commander in chief was the first African-­American president.

RELATED: Orphans of the Sahara

The fall of Gaddafi produced a shockwave that would be felt far beyond Libya.

“Unfortunately there was not a very good handle on the 40,000 plus weapons that Gaddafi had, so quickly, over 35,000 disappeared,” Atallah says.

The heavily armed Tuaregs formed a new fighting force, the MNLA, and launched an offensive against the government in Bamako in January 2012.

Tuareg and other rebel forces invaded the major cities of northern Mali. Despite years of training and millions spent, the West’s greatest fear became a reality: a so-called Islamic state was established in northern Mali.

“Nobody believed that a few hundred ‘Jihadist fighters” would take over [Bamako] a city of three million people where they had no significant presence,” says Batou.

But soon the French armed forces lent their support to the Malian units. The rebel advance was stopped and in just two weeks, the French regained the north. The French army claimed to have killed hundreds of so-called terrorists. The former colonial power had become the savior of the country.

‘The El Dorado of the Sahel’

Despite the chaos, wars and revolutions, the interest of Europeans, Americans and the Chinese, remains high in what may be the largest untapped oil reserves on the continent, “the El Dorado of the Sahel”, which extends from Mauritania to Algeria across north Mali.

The interest of major US energy companies in Africa has not decreased. The needs of Asia and Europe will not stop growing. Nearly $2tn of investments in African oil and gas are expected in the next two decades.

“We all know oil resources are becoming increasingly rare. The last major reserves of oil in Africa will become increasingly important. Pre-positioning oneself with a view to exploiting these resources is vital,” says Batou.

RELATED: The new scramble for Africa

In May 2014, US President Barack Obama announced that he would allocate an additional $5bn to the fight against global terrorism.

An increasing number of African governments have signed on to the AFRICOM programme, like in Niger, where the US military brought together African forces composed of 1,000 soldiers from 17 countries for military exercises.

The US have also established drone bases in Djibouti, Niger, Kenya, Ethiopia, Somalia, South Sudan, Burkina Faso and the Seychelles, and sent troops to Liberia during the Ebola crisis in 2014.

Not to be outdone, France also announced plans to increase its presence in the Sahel with a redeployment of 3,000 troops.

The increasing militarisation of Africa is a new profit centre, coveted by the military-industrial complex with millions of dollars of contracts for arms manufacturers and private contractors.

More than 130 years after the Berlin Conference, a new division of the African continent is underway as new powers seek to ensure oil supplies, strategic minerals, arable land and even the water under the desert sands.

“In reality, the big issues are not being addressed. It is as though the West lives off wars, as though wars need to be created, for them to justify their power,” says Imam Mahmoud Dicko, president of the Islamic High Council of Mali.

The post Shadow War in the Sahara appeared first on African Media Agency. 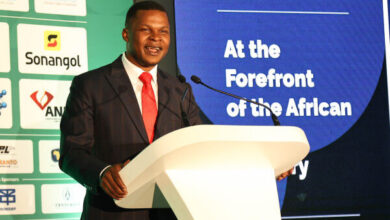