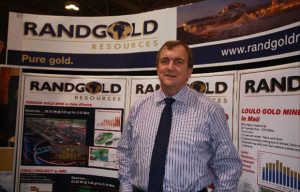 Randgold Resources said today it was disappointed that the Malian government had escalated their long-running tax dispute to the extent of closing the group’s offices in the country’s capital Bamako.  The closure does not affect the operations of its three mines in Mali.

As Randgold has previously disclosed, most recently in its August 2016 quarterly report, it has been professionally advised that a large proportion of the tax claims received from the state of Mali in respect of its operations in that country are without merit or foundation.  Following the appropriate legal process, it is strongly defending its position in relation to these claims.

The company pointed out that the Morila, Loulo and Gounkoto operations, each have legally binding establishment conventions which guarantee fiscal stability, govern the taxes applicable to the companies and allow for international arbitration in the event a dispute cannot be amicably resolved.

It noted that the International Center for Settlement of Investment Disputes had recently awarded $29.2 million plus costs to Loulo for taxes found by the tribunal to have been wrongfully collected by the Malian government.

“We have continued to engage with the Malian authorities at the highest level to resolve the remaining issues and we trust that the parties will return to the negotiating table in the spirit of constructive partnership that had previously characterised our dealings in order to find a mutually acceptable solution,” said Randgold Resources chief executive Mark Bristow.