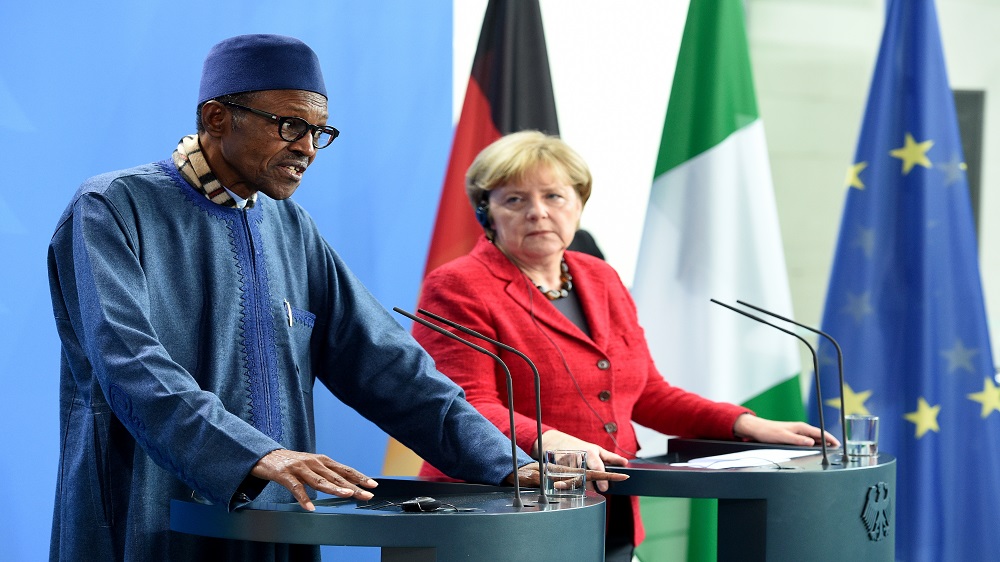 The wife of Nigeria’s president questioned her husband’s work and said she may not support him if he runs again.

President Muhammadu Buhari later laughed off his wife’s comments at a press conference in Germany.

“I don’t know which party my wife belongs to, but she belongs to my kitchen and my living room and the other room,” the president said.

Buhari’s comments to reporters in Berlin promoted Chancellor Angela Merkel, standing at his side, to give him a short glare and then laugh.

In an interview with the BBC Hausa-language service broadcast on Friday, Aisha Buhari said her husband did not know many top government appointees, and she accused them of not sharing the vision of his All Progressives Congress party. She did not name names.

Buhari, who was briefly a military dictator in the 1980s, was elected in his fourth run at the presidency in 2015 on the back of a coalition that includes former foes and opportunists who abandoned the former governing party of defeated president Goodluck Jonathan.

Buhari has not said whether he will run again in 2019.

“He is yet to tell me, but I have decided as his wife that if things continue like this up to 2019, I will not go out and campaign again and ask any woman to vote like I did before. I will never do it again,” Aisha Buhari said.

In his comments to reporters, Buhari also said he hopes his wife will remember that he ran for president three times before succeeding on the fourth effort. “So I claim superior knowledge over her and the rest of the opposition, because in the end I have succeeded. It’s not easy to satisfy the whole Nigerian opposition parties or to participate in the government.”

Buhari had campaigned on promises to crack down on corruption and turn the tide against the Boko Haram insurgency. His government announced on Thursday the first negotiated release of 21 of 218 Chibok schoolgirls kidnapped by Boko Haram in 2014.

However, Nigeria’s northeast faces a famine that threatens to kill tens of thousands of children after Boko Haram disrupted the region’s transportation and farming. Some areas remain dangerous and inaccessible.

Nigeria has also fallen into recession amid slumped oil prices and lost its position as Africa’s biggest petroleum producer as fighters attacked pipelines in the south. 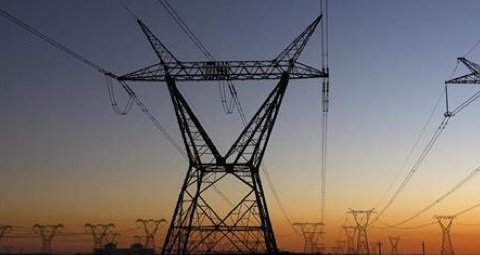 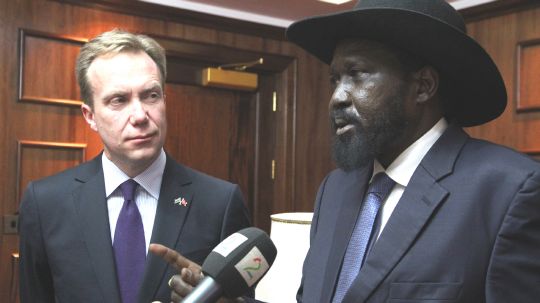