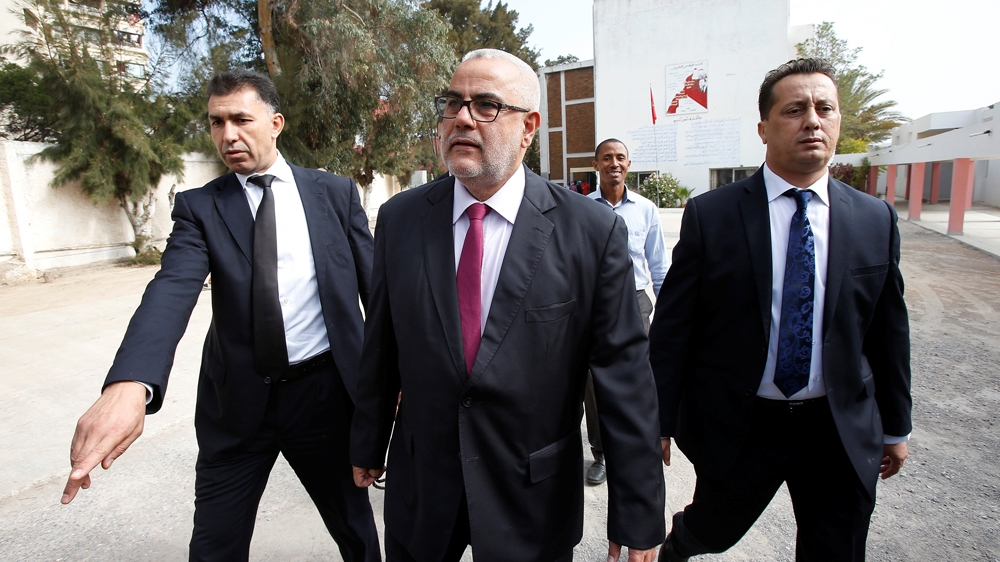 Abdelilah Bekirane, leader of Morocco’s Islamic Justice and Development Party (PJD), has been appointed for another term as the country’s prime minister.

Mohammed VI, the king of Morocco, made the announcement on Monday, after Benkirane’s PJD party emerged with the most number of seats in the 395-seat lower house of parliament.

“I can confirm his majesty named him as the new prime minister,” said Mustapha Ramid, outgoing justice minister and a senior PJD party official, after attending the nomination.

Benkirane, a politician from the capital Rabat, has been serving as prime minister since November 2011.

In Friday’s elections, his PJD party, which has been running a coalition government since 2011, won 125 seats, while the opposition Authenticity and Modernity Party (PAM) came second with 102 seats.

The Istiqlal (Independence) Party – the oldest in the country, founded in 1944 – came third by winning 46 seats, following by National Rally of Independents (RNI) with 37 seats, and Popular Movement (MP) with 27.

Benkirane and the PJD will now reach out to other parties to form a coalition government, because the multi-party system in the kingdom makes it impossible for any political party to win an absolute majority.

Only 43 percent of the 16 million registered voters cast their ballot in Friday’s elections.

The low voter engagement is widely considered a message of disappointment to political parties, which remain unable to motivate the country’s citizens, and especially the youth.

Morocco’s parliament is made up of two directly elected chambers: the lower house and the 270-member House of Advisers or upper house.

Of the 395 members of the lower house, 305 are elected in multi-seat constituencies from electoral lists put together by the parties, while 60 seats of the remaining 90 are reserved for a national list of women and the rest 30 seats are set aside for candidates under the age of 35.

The country’s new constitution, which was approved in a referendum in 2011, however, introduced amendments that stripped the king of some of his political powers.

The amendments strengthened the authority of the country’s prime minister, allowing him/her to appoint government officials and dissolve parliament – authorities previously held only by the king.

The new constitution also ensures that the prime minister is selected from the party that received the most votes in election, rather than the king naming whomever he pleases.

Mass protests that rocked much of the Middle East in 2011 and challenged the balance of power in many Arab countries made an impact on Morocco too, paving the way for the adoption of a new constitution and for the PJD to come to power.