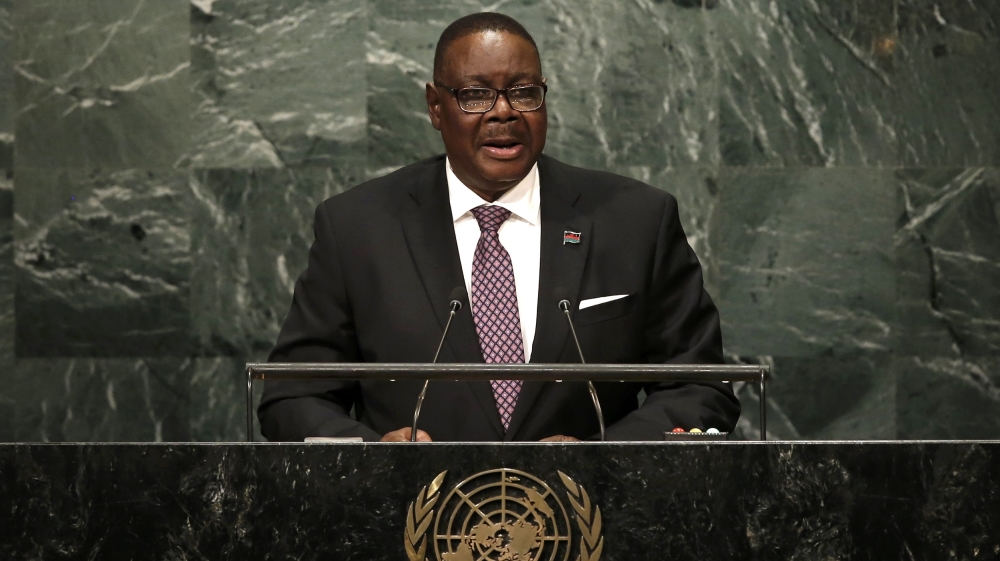 Malawian President Peter Mutharika has returned to his home country after a weeks-long visit to the United States sparked rumours over his health.

Mutharika, 76, flew to New York a month ago to give a speech at the UN General Assembly on September 25 but there had been no word from him since, prompting speculation online that he was critically ill or even dead.

The government moved to dispel the rumours at the beginning of this week, insisting that the president was “enjoying very robust health” and continuing “his functions and duties” while in the US. Mutharika’s press secretary, Mgeme Kalilani, said that he was only attending to “various government businesses”.

But the rumours of the president’s ill health continued with his return to Malawi’s administrative capital Lilongwe on Sunday.

He made no public remarks at the airport – and used his left hand to wave to a crowd of supporters and to shake hands with officials, raising more speculation among Malawians who are scrutinising every detail for clues about his health.

It was a “big surprise to see the president using his left hand when we all know he is a right-handed person”, political analyst Humphrey Mvula told AFP news agency.

“He has failed to calm down levels of speculation because everybody expected the president to speak to Malawians,” Mvula added.

Mutharika inspected a military parade before being whisked into a convoy, saying nothing to reporters or the hundreds of supporters who waited to welcome him.

“We know everybody gets sick, but Mutharika is a president and there is a need for Malawians to know about the health of their president,” prominent rights activist Billy Mayaya told AFP, calling for authorities to release a statement on the leader’s health.

Politicians in Malawi have called the president to disclose all expenses incurred on his tour, including those of his entourage.

“The principles of transparency and accountability compel him to explain why he abruptly decided to stay in the States longer than earlier communicated,” Robert Phiri, executive director of Malawi’s influential body of religious groupings, the Public Affairs Committee, told The Associated Press news agency earlier this week.