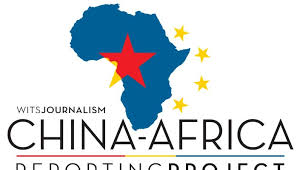 The first of its kind Africa-China Journalists forum 2016 under the theme perspectives on Africa-China reporting is set to be  hosted in South Africa  on 10 November, 2016, according to Barry Van Wyk, Project Coordinator for the China-Africa Reporting project at the University of the Witwatersrand.

According to Van Wyk, since 2009 the Wits China-Africa Reporting Project  has organized annual seminars and workshops bringing together media practitioners and academics focused on Africa-China issues.   “This year the project is convening a new and expanded Africa-China Journalists Forum  on November 10 at Wits University to mark a turning point in the project’s mission and vision.

“The first of its kind on the African continent, the forum will see the participation of some of the leading African, Chinese and foreign journalists to discuss the state of Africa-China reporting  and will be an interactive and engaging event,’ he said.

It is also added that the designation Africa-China, as opposed to the more commonly used China-Africa phrase, is deliberate. Journalists and authors are reported to  have tended to use the phrase China-Africa to frame relations between China and Africa across economic, political and cultural themes.

Evidently the China-Africa framing indicates the view of China as the larger partner and Africa as the secondary partner, it is further added.

It is also added that by instead utilising the designation Africa-China, the project seeks to accentuate a hitherto largely muted African perspective for understanding journalistic representations of relations.

African, Chinese and foreign Forum delegates will take a step back from Chinese or Western perspectives to contemplate an Africa-China journalistic viewpoint based on reporting experiences in their respective African countries or regions. The Forum will feature short presentations by the attending journalists based on their recent and current reporting on the ground in Africa, followed by interactive discussions.

The Forum is expected to address some of the following themes and questions, is an African journalistic perspective a preserve for African journalists who live and have been socialized in Africa only, or is it possible for Chinese or Western journalists to report from an African perspective? What evidence do we have from current reporting?, Are policies and projects reported in such a way as to reflect the interests of the African people? Which sectors of society are reported on most? What evidence do we have from current reporting?, How have the people of Africa benefited from relations with China and how have their lives been impacted on the ground for better or worse? Have their interests and experiences been properly reflected by means of proper Africa-China reporting on the continent? Are there gaps in this regard, and if so how can they be addressed? Do Chinese and Western interests enjoy disproportionate focus in the media relative to African ones, and if so which media? Are journalistic instincts more geared towards elites and sub-elites rather than the vast majority of the African people? How does Africa-China reporting feature in the various journalistic specialisations namely news, features, business, opinion and commentary/editorials, photography, talk shows just to mention a few. What is the place of investigative reporting in media coverage of the Africa-China story?

It is also reported that the forum will also serve as the launch of the Project’s rebranding as the Africa-China Reporting Project.