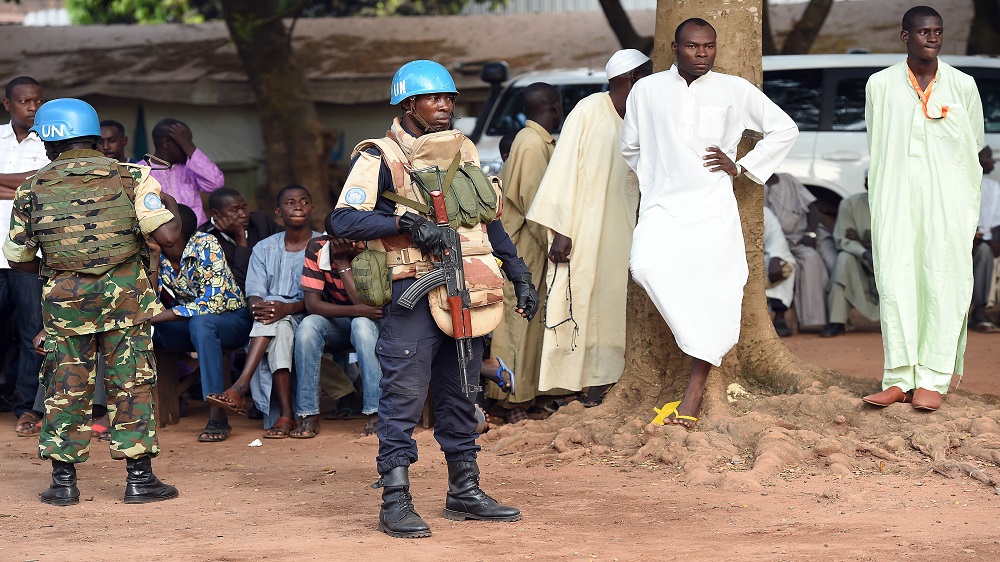 Fighters with the former Seleka rebel group attacked a northern town in Central African Republic and clashes left at least 30 dead and 57 wounded as United Nations peacekeepers confronted them.

Peacekeepers repelled the attackers, killing at least 12 of them, the UN said. The attack in Kaga-Bandoro was likely retaliation for the death on Tuesday of a suspected former Seleka member, the UN mission said in a statement.

That ushered in a brutal reign with many atrocities committed. When the rebel leader left power, a backlash by the Christian anti-Balaka militia against Muslim civilians followed.

“There is, today, no legitimate reason for any armed group to use weapons,” said the UN mission’s chief Parfait Onanga-Anyanga. “The people have suffered enough and are tired of this war that has lasted too long.”

Armed men attacked a secondary school during teacher training, witnesses told the UN children’s agency, saying among those killed were three teachers, the director of an educational centre, and the vice president of the parents association.

“We are deeply shocked by these developments and saddened that teachers have been targeted,” said Mohamed Malick Fall, UNICEF’s representative in the country.

A local priest said two humanitarian workers were also among the dead. He spoke on condition of anonymity out of fear for his safety.

More than 5,000 people already displaced by years of violence have taken refuge next to the UN base, their informal settlements burned, the UN Office for Humanitarian Affairs said.

Hundreds of former Seleka fighters have regrouped in Kaga-Bandoro, along with Muslim civilians, after fleeing the capital, Bangui, two years ago.