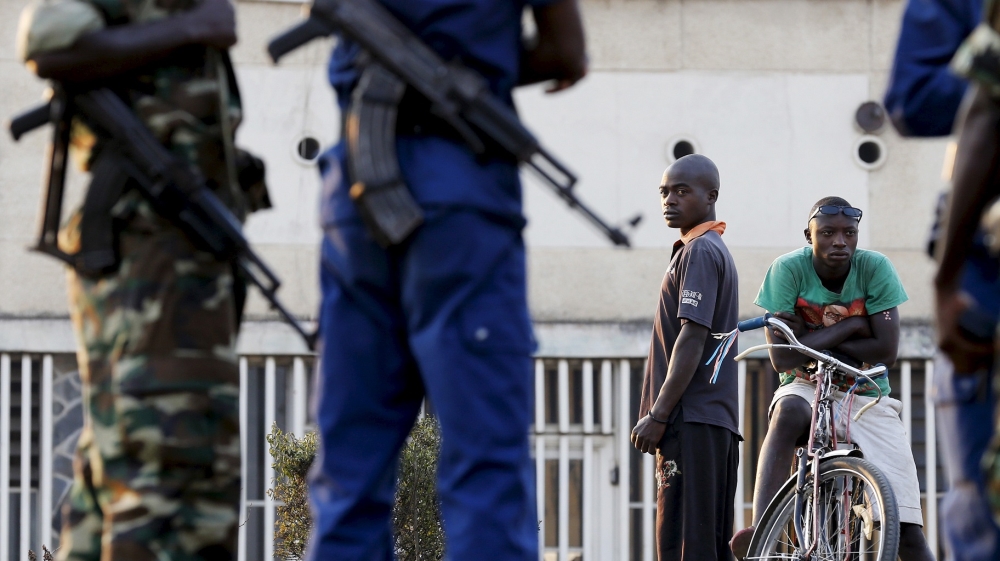 Burundi’s lower house of parliament has overwhelmingly voted in support of a withdrawal from the International Criminal Court (ICC).

The move comes shortly after the United Nations launched a probe into the country’s alleged systematic human rights abuses in an ongoing crackdown on a protest movement that began 18 months ago.

Ninety-four out of 110 legislators voted in favour of the draft law on Wednesday, two were against it and 14 abstained. The legislation now has to be approved by the senate – also dominated by the ruling party – before being passed into law by President Pierre Nkurunziza.

No country has ever withdrawn from the ICC.

Burundi has been plagued by violence since April 2015, when Nkurunziza sought a third term despite protests by those who called the move unconstitutional. Hundreds of people have been killed in the unrest.

The ICC has said it will investigate ongoing violence in Burundi.

In April, ICC prosecutor Fatou Bensouda said she was conducting a “preliminary examination” of the situation in Burundi – the first step towards a full investigation and possible prosecutions – looking into allegations including murder, torture, rape, and forced disappearances.

And two weeks ago the United Nations launched a high-level probe into rights violations in Burundi after a report warned of possible “crimes against humanity” and the risk of genocide.

“It is perfectly clear that this is a plot to do harm to Burundi,” Gaston Sindimwo, Burundi’s vice president, said last week, referring to the investigations.

In August, Burundi also rejected the proposed deployment of more than 200 United Nations police officers to monitor the unrest.

Burundi’s move to leave the Netherlands-based court also comes amid rising resentment in Africa against the ICC.

Some African countries have threatened withdrawal from the Rome Statute, the treaty that created the ICC, accusing the court of disproportionately bringing charges against suspected human rights abusers from the continent.