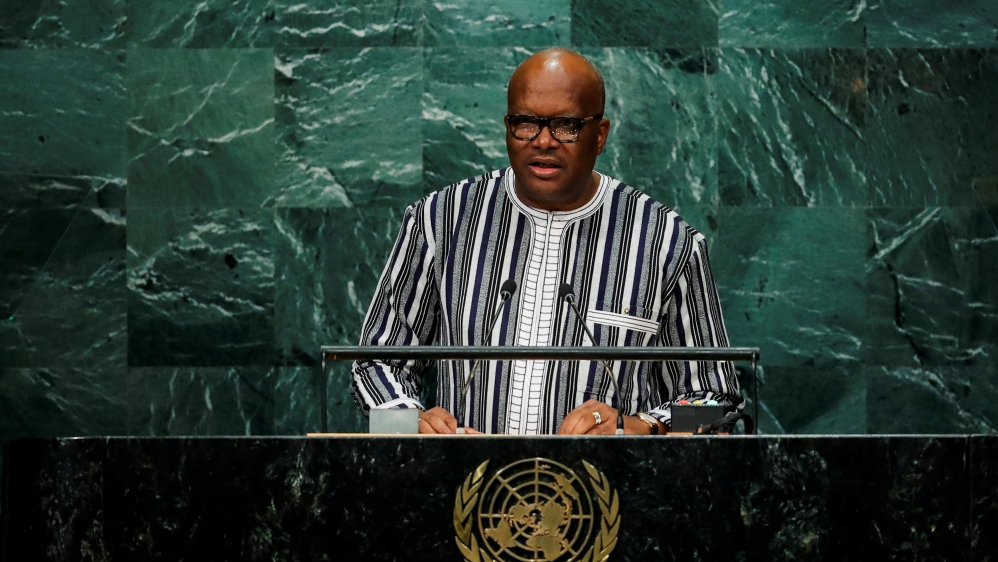 Security officials in Burkina Faso said they had foiled another coup plot in the West African nation and blamed it on former presidential guards.

The government said on Friday that it thwarted a “vast conspiracy” by forces loyal to ousted leader Blaise Compaore that aimed to seize power.

About 30 men from the former president’s security unit plotted to free prisoners who were part of a September 2015 coup attempt and then attack the presidential palace, said Interior Minister Simon Compaore.

A local news website Koaci.com quoted the minister as saying the coup plotters also intended to target the headquarters of the gendarmerie in the capital, Ouagadougou, in addition to the detention centre where last year’s failed coup leaders were being held.

According to the minister, the coup was planned for October 8 and called for the detention of “certain authorities”.

They also intended to create a mutiny in the army barracks and launch a rebellion using social media, he said, adding that at least 10 people had been arrested.

The security ministry said the latest attempt was foiled when two former guards were killed trying to enter the capital.

Blaise Compaore was forced from power in October 2014 following a popular uprising against his attempts to change the constitution to remain in office.

The attempted 2015 coup was staged by troops from the presidential guard loyal to the former leader but was blocked by street protesters and the army, which attacked the plotters’ barracks.

The country was plunged into crisis last September when the powerful presidential guards detained the interim leaders who had been running the country since a popular uprising deposed Blaise a year ago.

The elite unit of 1,300 men, loyal to Blaise, had declared a coup and installed rebel leader General Gilbert Diendere, Blaise’s former chief of staff, as the country’s new leader.

In Niger, a rare scene in the pandemic: Covid-19 wards remain empty, agriculture and business benefit from support programs