A business-as-usual approach to industrialisation is not only damaging and costly. But the alternative is actually a much better business proposition. 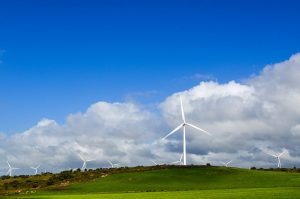 Industrialisation is an imperative for Africa. With a global economy constrained by climate change and driven by competitive supply chains, the continent’s aspirations are difficult to fulfil. Accelerated and profound economic structural transformation is the only means to do so and to address chronic poverty.

This industrialisation has to count on a regional African market before it extends to global supply chains. And it ought to have a special emphasis on agro-processed products and value addition to commodities. For example, transforming the continent’s mineral export volume in this way by just 5% before export can create 5 million jobs a year. Moreover, recent estimates also show that African countries spend some $30 billion a year to import processed food. This trend can and must be reversed.

How can Africa pursue its industrialisation?

There are many pathways Africa could take to pursue industrialisation. As a latecomer, the continent can learn from the experiences of others while defining and designing its own pathway, leapfrogging traditional, carbon-intensive methods and instead championing a low-carbon trajectory.

This year’s level of attention on climate change presents a particular opportunity to insist on this different pathway, which would enable the region to ‘green’ the process of industrialisation. Green industrialisation is a new niche, a “no regret” option that may secure Africa a central space in the world economy.

As a recent ECA report – informed by primary data drawn from 12 African countries where green industrialisation is gaining momentum along with a number of enterprises that are taking green measures – explains, there is a strong case for investment in low carbon projects. Legal requirements, opportunities for economic returns, and long-term sustainability all mean that the private sector should move fast into this corner.

The report also complements existing research on industrialisation – particularly those drawn from the experiences of South East Asia – and serves as an entry point for learning and replication of good practices. As a result, it offers a systemic approach to green industrialisation informed by experts in key sectors such as agriculture, energy, extractives, manufacturing, transport, as well as water.

In fact, not only are the costs of industrialising along a business-as-usual approach are unacceptably high, but using finite resources efficiently and reducing harm to the environment is actually a good business proposition. It increases global competitiveness and ensures long-term sustainability.

Changes taking place in the margins will not transform African economies or bring about the desired inclusive growth that can give agency and confidence to communities that have long stood at the periphery of development. There need to be distinct shifts in direction, but this transformation will not happen spontaneously. Making the transition needs coherent policies entrenched in a coherent development strategy, enlightened by transformative leadership capable of bold measures.

The past year has seen three landmark global agreements – the Addis Ababa Action Agenda, the new Sustainable Development Goals, and the Paris Agreement on climate – which align well with Africa’s priorities.

Take the example of energy. The continent is endowed with an abundance of renewable energy sources at a time that the price for renewable energy production matches that of fossil fuel. Yet geothermal potential is only now being understood. Less than 10% of hydro potential has been used. And bio-energy, solar and wind resources are vast, but largely untapped.

At the heart of the challenge to harness this potential and industrialise is the infrastructure deficit.  The Global Commission on the Economy and Climate, which launched its 2016 report earlier this month, stresses that investing in sustainable infrastructure is key for tackling the three central challenges facing the global community: reigniting growth, delivering on the Sustainable Development Goals, and reducing climate risk in line with the Paris Agreement.

This infrastructure includes everything from clean energy to public transport, water supply and sanitation, energy efficient buildings, and ecosystem-based natural infrastructure. And decisions today will have long-lasting impacts on patterns of growth and consumption. Ramping up investment in sustainable infrastructure could therefore be the growth story of the future.

Furthermore, emerging and developing economies are set to drive most of this future infrastructure demand. Roughly two-thirds of the needed investments will be made in emerging markets and developing countries, where much of the basic infrastructure, such as buildings and energy systems, is yet to be built.

One school of thought is that Africa has contributed very little to global greenhouse gas emissions and therefore should not be expected to take the lead on low-carbon development. But African countries cannot stand back and watch others take the initiative in building a green economy. African economies can get it right the first time without having to retrofit like others.

What is clear is that governments have the central role in taking the long view. Policy stability, effective pubic institutions and consistent implementation make all the difference in creating credible incentives to unlock private investment. But while governments lead the way, they should realise that they cannot hope to design, fund and achieve a green and inclusive economy on their own. It will require a more sophisticated approach.

The time for Africa has come. It is within the continent’s reach to opt for a new, cleaner and more efficient growth formula that will result in shared prosperity. The window of opportunity is open – it just needs to be seized.

*African Arguments.Dr Carlos Lopes, Under Secretary General of the UN and Executive Secretary, UN Economic Commission for Africa, Global Commissioner on the Economy and Climate.