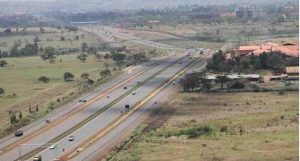 The African Development Bank (AfDB), the African Union (AU) and the
United Nations Economic Commission for Africa (UNECA) are working
together to plan the development of a trans-African highway network,
according to information revealed by the Corporate Council on Africa
(CCA).
According to CCA’s projects in the pipeline initiative, although the
corridors largely remain unconnected to one another, planners estimate
that about 7,000 km of added roadways and 10,000 km of added railways
will be needed to complete the highway network at a total cost of
roughly $32 billion.

The project is to be showcased at the  Corporate Council on Africa’s 2016 U.S.-Africa Infrastructure Conference on Building Blue Economies in October 16 to 18, 2016 in  New Orleans, Los Angeles.

Guterres says Africa is ‘source of hope’ for the world