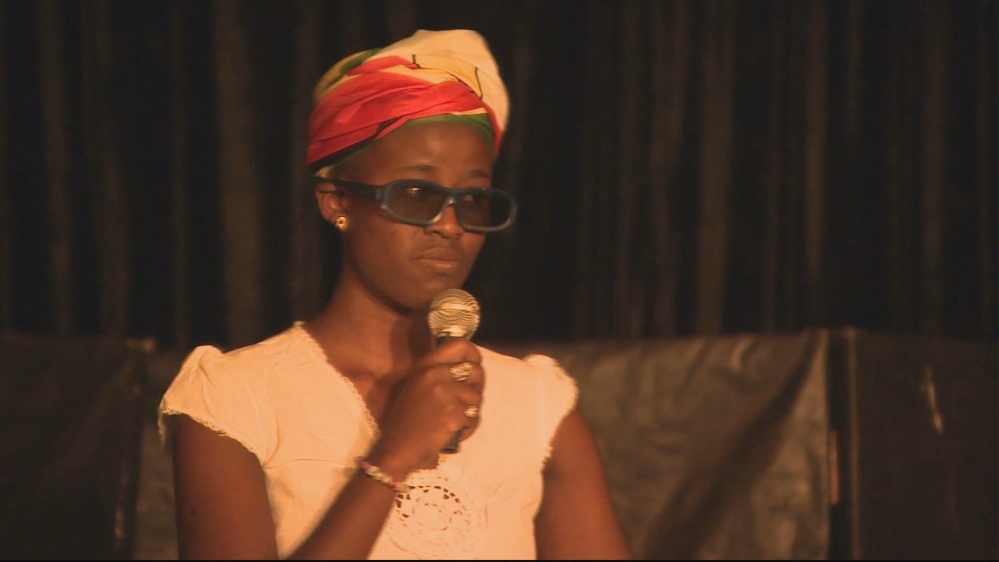 Actors in Zimbabwe have taken to the stage to protest corruption, unemployment and bad governance despite what government opponents call a crackdown on dissent.

In ‘State of the Nation’ a group of young Zimbabweans use performance art to mock politicians vying to become country’s next leader, and pull no punches when it comes to longtime President Robert Mugabe and his inner circle.

Mugabe is presumed dead at the start of the play then one of the performers unleashes a flurry of jokes about his wife Grace, and what they say is her lavish lifestyle and out-of-touch persona.

“When my people are starving, I sometimes skip meals for them,” Chisi Tenga, the actress playing Grace Mugabe, says to a laughing audience.

Al Jazeera’s Haru Mutasa, reporting from Harare, said the actors know they may get into trouble but insist they will keep performing until they are forced to shut the play down.

“Several people have been arrested while protesting in the past few weeks. Others have been badly beaten by riot police. For some Zimbabweans, going on stage to voice their opinions is an alternative option,” Mutasa said.

At the end of the performance the actor portraying President Mugabe comes back from an unexplained trip abroad. He then says he will win elections in 2018 and 2023, reminding everyone that he is not yet ready to go.

Mugabe, 92, has been in power since the country’s independence from Britain in 1980. He is coming under growing pressure from his opponents, and some former allies, who are calling for him to step down.

Anger over high unemployment and cash shortages led to violent protests in the past month.

Despite Mugabe’s record of deploying the security forces to crush public dissent, a one-day strike in July, called by trade unions and Christian pastor Evan Mawarire, shut down offices, schools and some government departments.

Police last week banned protests in the capital for two weeks as a coalition of opposition parties planned street marches to press for reforms ahead of the next general election in 2018.