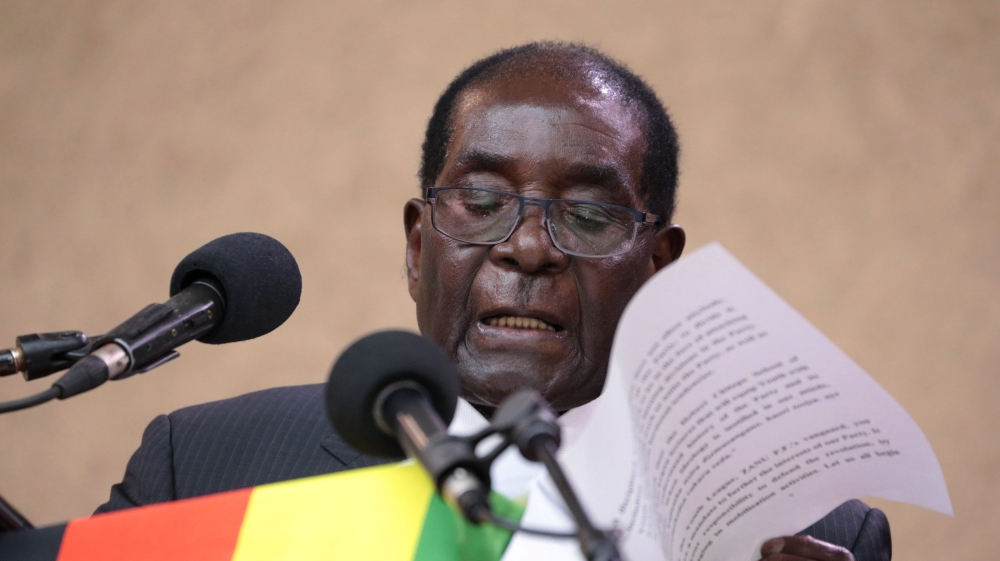 Zimbabwe’s President Robert Mugabe has accused the country’s judiciary of recklessness for allowing anti-government demonstrations, ahead of a legal challenge against an official ban on protests.

A High Court hearing is set for Monday on the constitutionality of the government’s ban, which came into force on Thursday following weeks of protests against Mugabe’s rule and his handling of the country’s ailing economy.

Violence erupted more than a week ago at an anti-Mugabe protest when police used tear gas and water cannon to disperse marchers angered by spiraling unemployment, a plummeting economy and allegations of government corruption.

Mugabe said judges would be acting with “disregard” for peace if they ruled to give permission to more demonstrations.

“We can’t allow that to continue, (to have) these violent demonstrations unimpeded. No. Enough is enough,” Mugabe told a conference of the ruling ZANU-PF’s youth wing on Saturday, according to a report in the country’s Sunday News weekly.

“It is not just we the ordinary people who should have the understanding (of the need for peace). Our courts, our justice system, our judges should be the ones who understand even better than the ordinary citizens,” the 92-year-old president said.

Tendai Biti, leader of the People’s Democratic Party and the lawyer behind the legal challenge to the latest ban on demonstrations, accused Mugabe of violating the constitution and attempting to intimidate judges.

“What Mugabe is trying to do is breaching the constitution by assaulting the judiciary and by trying to cause direct and indirect fear into judges,” Biti said, according to Reuters news agency.

Now the world’s oldest head of state, speculation was rife about Mugabe’s health last week after his whereabouts following a regional summit on Tuesday were not known, and flight data showed that he had travelled to Dubai though he was supposed to be headed to Asia.

Mugabe’s spokesman had denied reports that Mugabe was ill. However, when he returned to Harare on Saturday, the aging president joked that he had returned from the dead.

“Yes, I was dead,” he told reporters, according to Reuters.

“It is true that I was dead, And I resurrected. As I always do,” he said.