LUSAKA (Reuters) – Zambia will press on with swearing in its president, Edgar Lungu, for another five-year-term next week after the opposition missed a deadline to challenge his re-election, a senior official said on Monday.

Opposition leader Hakainde Hichilema had filed a petition in the constitutional court last month, saying the Aug. 11 vote was rigged and Lungu’s victory should be annulled.

But Hichilema missed a Friday deadline to present evidence to back his charge, and the top court ruled on Monday not to extend the time limit.

Lungu, who won 50.35 percent of the vote according to the official results, will take the oath of office on Tuesday next week, later than the original Aug. 23 date, cabinet secretary Roland Msiska said.

Lungu has been at the helm of the ruling Patriotic Front since leader Michael Sata died in 2014, and took over the running of the country in the following year after after beating Hichilema.

The southern African copper producer he leads is in the throes of an economic slump due to depressed commodity prices with mine closures, rising unemployment, power shortages and soaring food prices.

Hichilema’s UPND party said members were still discussing the ruling and would issue a statement later on Monday. 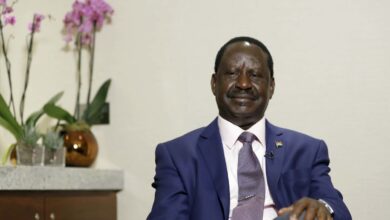