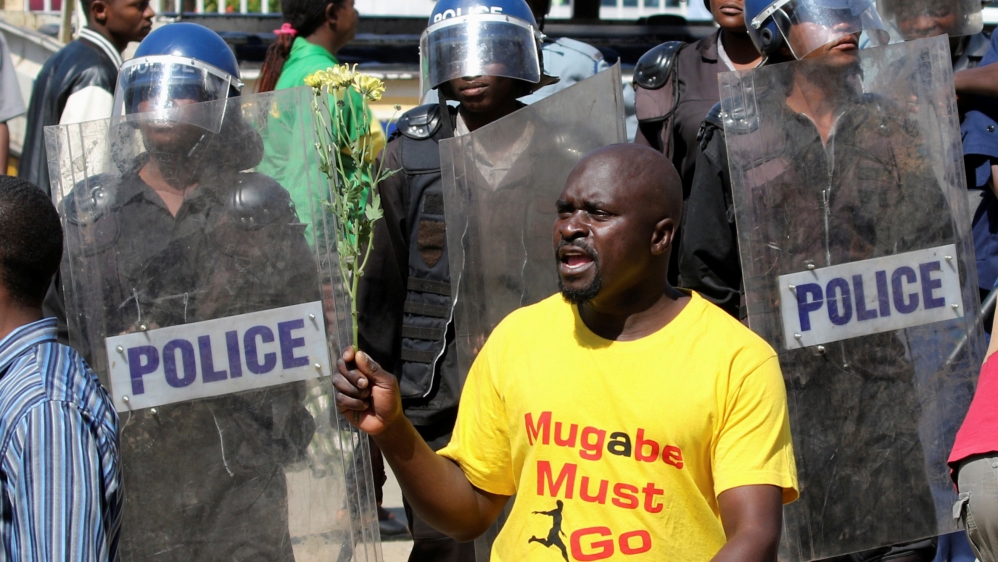 Once the beacon of the African continent, Zimbabwe is facing its worst financial crisis in seven years.

The economy is shrinking, unemployment is rising and the country is running out of cash. It’s struggling to pay public sector workers.

The worsening economy has led to political tensions and anti-government protests.

Demonstrators accuse the government of mismanagement and corruption. Some are calling for President Robert Mugabe to step down.

But the 92-year-old, who has led the country since its independence from Britain in 1980, remains defiant.

He says the protests are distracting the government from improving the economy, warning that those trying to destabilise the country will face harsh consequences.

So what will it take to end this latest crisis?

Nelson Chamisa – member of the opposition Movement for Democratic Change party, and a Member of Zimbabwe’s House of Assembly

Itai M. P. Choto – Spokesman for ZANU PF in the UK and Europe

The post What will it take to end Zimbabwe’s financial crisis? appeared first on African Media Agency.

Staying the Course: Mel Foote on the CFA at 25