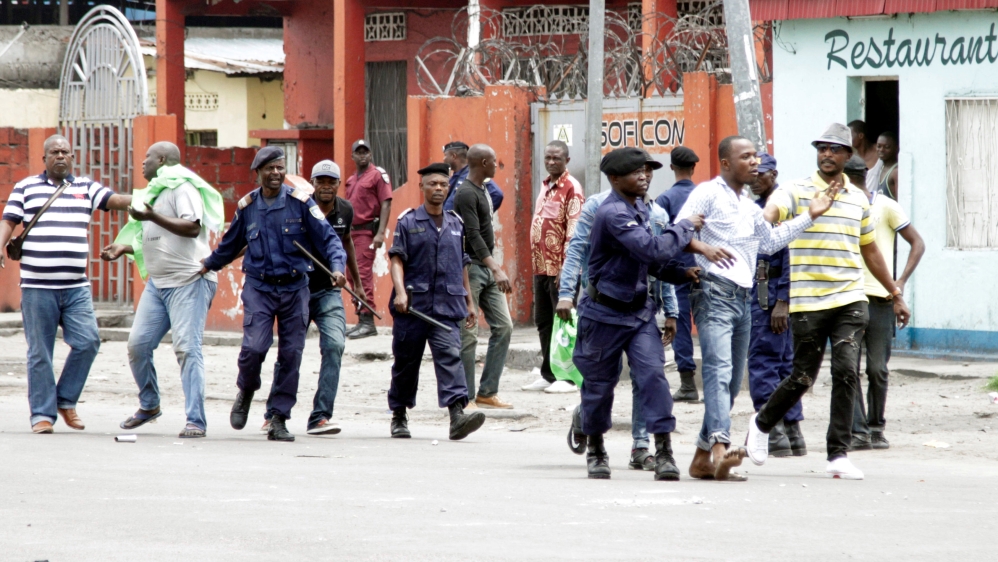 The UN has called on authorities in the Democratic Republic of Congo (DRC) to exercise maximum restraint in the wake of deadly anti-government protests, as conflicting reports emerged over the number of people killed in the violence.

Police said on Wednesday that 32 people had been killed during clashes in the capital Kinshasa on Monday and Tuesday, but the opposition contradicted the death toll, saying at least 100 people were killed when security forces fired live ammunition at protesters.

The different figures came as DRC officials vowed to hunt down and punish those responsible for the violence.

“Investigations will spare no one,” police spokesman Pierrot Mwanamputu was quoted as saying by Reuters news agency.

“If police or soldiers violated ethics or the law, measures will be taken.”

Later on Wednesday, the United Nations Security Council urged leaders in the country not to exacerbate the situation, while the office of President Joseph Kabila accused protest organisers of trying to incite “bloody riots”.

Thousands took to the streets of Kinshasa on Monday to oppose an election delay which some call a plot by Kabila to stay in power after his mandate expires in late December.

Kabila’s political future has been a source of tension in the country for more than a year.

The president has yet to announce whether he will pursue another term in office, though the constitution prohibits it.

Earlier this year, the Constitutional Court claimed that Kabila could remain in office in a caretaker capacity until an election is held, triggering a wave of angry protests.

Kabila was catapulted into power as a young soldier by Kinshasa politicians, a day after his father was assassinated in 2001.

In 2006, three years after multiple peace deals ended a bloody war that embroiled troops from at least six foreign countries, Kabila won the first free, democratic presidential poll since independence from Belgium in 1960.

The overarching consensus was that these elections were fair. But when Kabila won a second and final five-year term in 2011, his victory was disputed by domestic and foreign observers.

Opposition parties accuse Kabila of conspiring to extend his mandate by delaying general elections, initially due to take place in November, until next year at the very least. Government supporters deny the claims.

The women who love and loved Boko Haram

Does meat cause cancer?