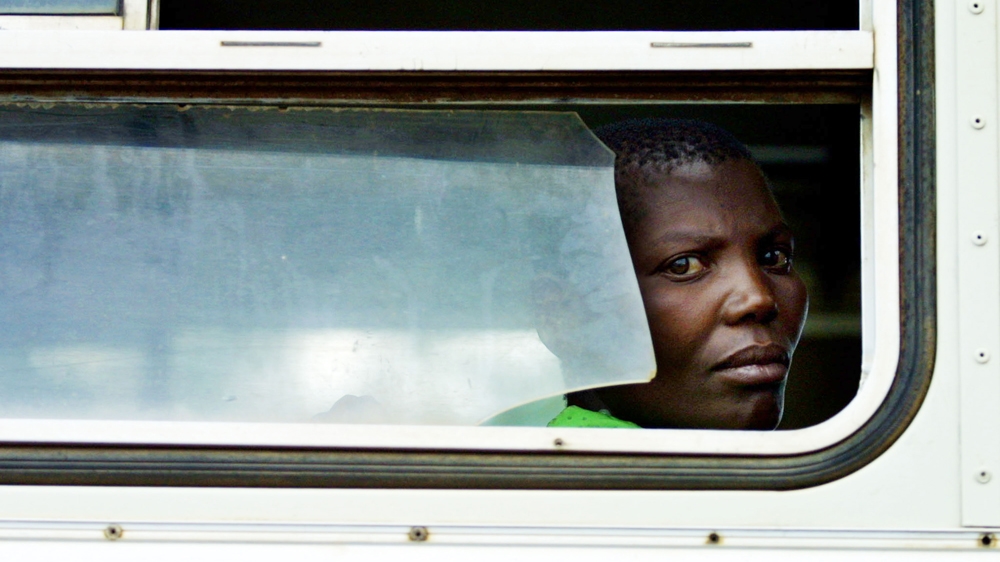 I cried my eyes out when I arrived in the UK, a refugee.

I remember the policeman at immigration control looking down at me, a lost and distraught young African girl. He’d caught me with a forged $100 bill. I tried to explain, “I didn’t know it was fake.”

The Idi Amin dictatorship in Uganda meant we were forced to buy black-market money.

I thought my luck had run out, and I was going to prison.

My journey had already been perilous. My mother and I had to leave suddenly, fleeing into Kenya by night. We were scared because many people had died before us, but we were desperate. People helped us along the way to get to a country that welcomed refugees: The United Kingdom.

But my luck had not run out. The policeman said words I would never forget: “I’m forgiving you because I can see you’re coming from a very difficult situation.” I was safe. I would soon be able to grab the chance of a first-class education with a refugee scholarship.

That policeman, that day, that country – all changed my life, leading me eventually to Oxfam where I can continue to make a contribution to fight for the social justice issues that energise me.

My experience does not compare with what I have heard from other people forced to flee their homes all over the world. But it does help me understand why we urgently need fair and effective ways to support these millions of vulnerable and often traumatised people.

Today, the world is facing the most serious displacement crisis since records began. Sixty-five million people have been forced to flee their homes because of conflict, violence or persecution. This month’s first United Nations summit for Refugees and Migrants in New York could not have come a minute too soon.

I am proud as someone who was once a refugee to attend this event. It is a chance for the world to pull together and come up with a united approach.

Ultimately, of course, people forced to flee are only a symptom of root causes such as war, violence, persecution, climate change and poverty. The world needs to do more to solve these.

And we need an ambitious response to support refugees and ensure they can live in peace and safety. This is not “someone else’s problem”; it is our own.

If we all can imagine for a minute – “What if that was me?” – then we can begin to understand that resilience and luck can never be enough. We need humanity, not just from ordinary people, but from our governments who are meant to protect us with good law, too.

Everyone who is forced to flee from conflict, violence, disaster or poverty or is in search for a better life has the right to be treated with dignity and respect.

Refugees also need opportunities for work and education and everything else that enables people to lead a dignified and productive life. How else can new arrivals make their contribution to the country that has welcomed them?

Entire generations of refugee children are missing out on education, and this diminishes their chances of getting work and making money and paying taxes. Governments must ensure that girls and boys are given equal access to schools.

The outlook, however, for these crucial twin summits is poor before they have even started. Instead of coming up with practical solutions on better protecting refugees and migrants, negotiations in the run-up to the summit have been evasive and laced with conditions (PDF).

I am most outraged by rich governments’ stubborn resistance to welcome refugees. On the other hand, many developing countries cannot be accused of turning their backs to the millions of people who are risking their lives and their children’s lives for safety.

What little value, crushingly, have leaders of rich countries placed on the lives of those desperately unfortunate girls and boys trying to find a safe home?

Around 86 percent of refugees and asylum seekers are, in fact, being hosted in low and middle-income countries, countries in which citizens have become used to sharing their classrooms and their clinics. In Lebanon, one in five inhabitants is a Syrian refugee. In Jordan, the fourth largest “city” is a refugee camp.

Many African countries, on a huge scale, have long known their duty to protect people forced to flee. This continues: Oxfam’s analysis shows that the countries within the African Union host over a quarter of the world’s 24.5 million refugees and asylum seekers – despite making up just 2.9 percent of the world’s economy.

My own country, Uganda, is hosting over half-a-million refugees and asylum seekers. Refugees are guaranteed rights – as any country should do – to work, establish businesses, attend school, freely move and own property; land, too, is given for agricultural use.

Larger still is the number of “internally displaced people” forced to flee within their countries’ borders – it is scandalous they will be largely ignored at the summits.

Sub-Saharan Africa is home to almost 30 percent of all the people who are now “internally displaced” by conflict and violence, including in Nigeria, where a violent seven-year conflict has spread into Niger, Chad and Cameroon, creating a regional humanitarian crisis.

So we must temper our expectations: As it stands we expect no commitments from rich governments to welcome and support more refugees, nor do we expect refugees being offered better chances for schooling and work.

There is time yet for governments to rectify this – there always is.

For now, these summits risk being but a half-hearted beginning to help those millions of people forced to flee.

They must instead mark a turning point for this crisis. Governments – the people within them – must recall their humanity, the kind I encountered when I was welcomed not long ago.

Ten years after the inaugural Development Effectiveness Review, The African Development Bank is once more shepherding African economies through a global crisis