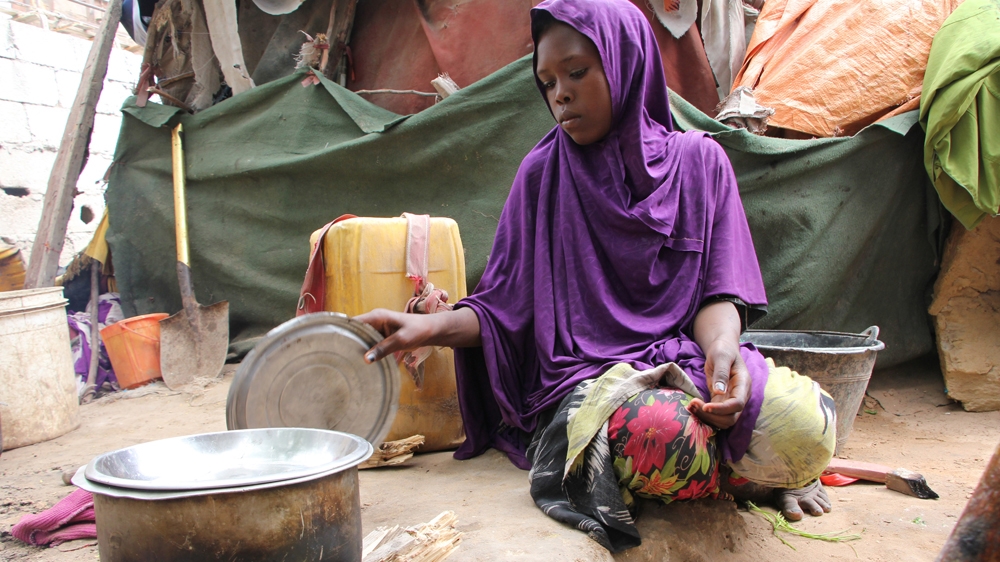 More than four in 10 Somalis – 40 percent of the country’s population – don’t have enough to eat, the United Nations said on Tuesday.

The number of people suffering from the lack of food has increased by 300,000 since February, reaching five million, amid the ongoing conflict between the al-Shabab armed group and Somalia’s African Union-backed government.

“The situation is of serious concern and comes at a time when we are already facing multiple drivers of needs, including drought and risk of flooding, conflict and access constraints – as well as increased refugee returns,” the UN said in a statement.

Tens of thousands of refugees have returned to Somalia this year from the world’s largest refugee camp, Dadaab, in Kenya as the government pushes ahead with plans to close it by November.

Kenya claimed Dadaab – home to more than 300,000 mostly Somali refugees – has been used as a base by al-Shabab in its attacks on Kenyan soil.

Many are returning to south-central Somalia, the nation’s breadbasket, where poor rainfall has reduced cereal production to half the long-term average, the UN said.

“We decided to return home voluntarily, but that was a wrong decision,” said Amina Nur, a mother of six, who returned to Somalia five months ago from Kenya.

“The small money they gave us ran out, and since then we have no assistance to survive.”

Some returnees said aid agencies have not provided them with food since their return to Mogadishu and similar camps elsewhere.

“Life here is a nightmare. It’s only between hunger and bombing,” said Ahmed Mohamed, whose wife died in a suicide bombing at a Mogadishu hotel one week after their return in August.

The majority of the 260,000 people who died during Somalia’s 2011 famine were children.

More than 300,000 children under five are now acutely malnourished in Somalia, and more than 50,000 are severely malnourished, the UN said, appealing for additional funding to support them.

Severely malnourished children are at risk of death unless they receive therapeutic feeding.

Hunger is particularly acute among Somalia’s 1.1 million internally displaced people, many of whom are living in “appalling conditions” having fled their homes multiple times, the UN said.

The displaced are constantly threatened with forced eviction and violence against women is widespread, it said.