South Africa’s governing African National Congress (ANC) has been accused of “apartheid tactics” by some of its own members in a row over a protest calling for President Jacob Zuma’s resignation.

Protesters under the banner #OccupyLuthuliHouse—a reference to the ANC’s party headquarters in Johannesburg—staged a demonstration on Monday calling for the resignation of Zuma in the wake of poor election results in August and multiple scandals linked to the president. But the protesters claimed they had been threatened by members of the party, while a splinter group of pro-Zuma demonstrators—known as #DefendLuthuliHouse—have turned out in favour of the embattled leader.

The ANC recorded its worst election results since the fall of apartheid in 1994 in the August local government elections. Despite still garnering more than 50 percent of the national vote, the party of late Nelson Mandela lost control of several important urban areas, including the financial hub Johannesburg, Tshwane—the seat of the administrative capital Pretoria—and the symbolic Nelson Mandela Bay.

Organizers of the #OccupyLuthuliHouse demonstration said in a statement on Monday that it was scaling down its mass protest due to threats of violence “through state machinery used to discourage our cause”. The statement said that the ANC had failed by not condemning the threats of violence and disregarded what were planned as peaceful protests.

“We must reiterate that these tactics and degree of paranoia is no different from those sanctioned by the apartheid regime which our glorious organization [the ANC] vehemently fought against,” the statement said, according to South African news site Times Live.

Those who did gather outside Luthuli House on Monday have said that they want the president to step down and there have been reports of clashes between anti-Zuma demonstrators and those backing the president, led by veterans of the ANC’s disbanded armed wing that was involved in the apartheid struggle. 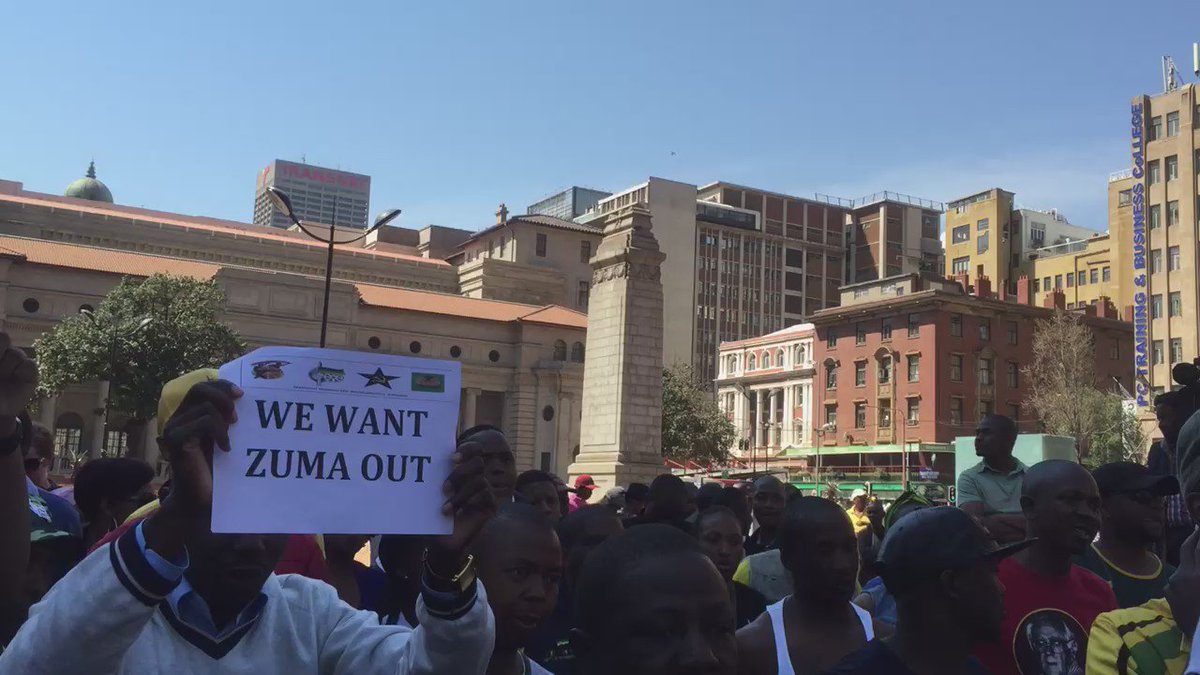 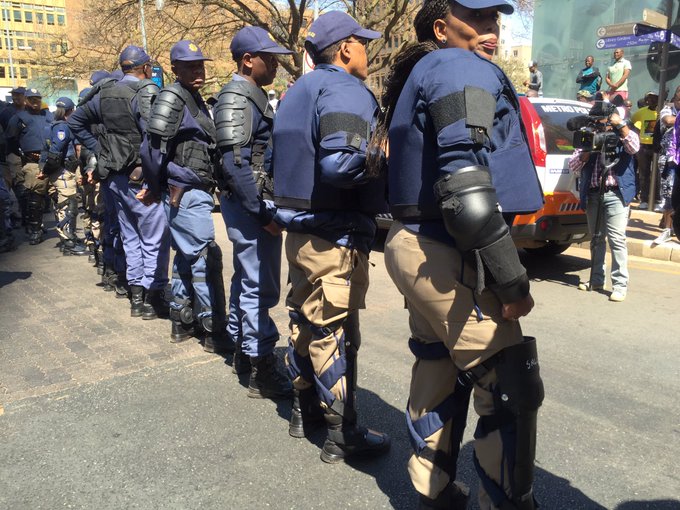 The poor election results was seen as a personal reflection on Zuma, whose tenure as president has been mired in several controversies. In March, South Africa’s highest court ruled the president had “failed to uphold the constitution” in relation to state monies Zuma spent on upgrading his homestead in Nkandla, in South Africa’s KwaZulu-Natal province. The president has survived several impeachment attempts and is fighting the reinstatement of almost 800 corruption chargesagainst him. The charges were originally set aside in 2009 by the National Prosecuting Authority but a court ruled earlier in 2016 that they could be revisited.

Zuma has also become embroiled in a row with the Treasury after Finance Minister Pravin Gordhan was summoned by South Africa’s elite police unit, the Hawks. Gordhan refused to present himself, claiming that the matter he was summoned for—the allegation that he oversaw a rogue spy unit while working as the head of the country’s tax agency between 1999 and 2009—had already been dealt with. The spat was viewed by political observers as part of a political tug-of-war between Zuma and Gordhan, though the president has publicly backed the finance minister.