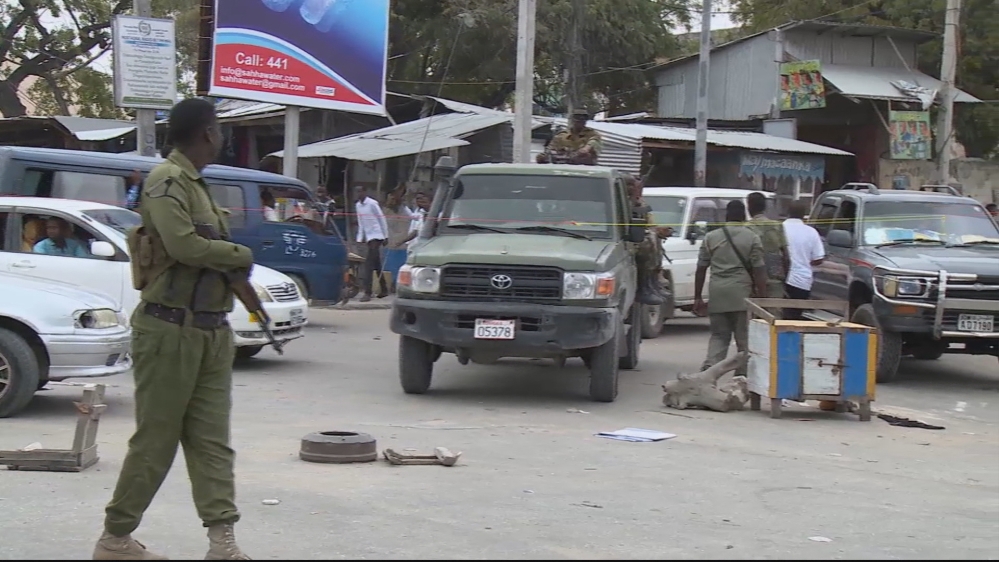 African leaders have gathered in Somalia’s capital, Mogadishu, for the first regional summit to be held in the country after decades of conflict.

Security was tight and streets were shut down to traffic in Mogadishu on Tuesday for the one-day meeting of the Inter-Governmental Authority on Development regional bloc, which includes Kenya, Ethiopia, Uganda, Djibouti, Sudan and Somalia.

“The presence of the heads of state in Somalia is a clear dividend of returning stability in the country. It is an endorsement of Somalia’s recovery,” Francisco Caetano Madeira, the African Union’s special representative for Somalia, said in a statement.

The United Nations mission in Somalia called it a “great achievement”.

Mogadishu has been a regular target of attacks carried out by the al-Shabab armed group, which once ruled most of Somalia and has been fighting to topple the country’s Western-backed government.

The regional leaders were scheduled to discuss Somalia’s upcoming vote for a new parliament and president, as well the situation in South Sudan, where fighting in July has further destabilised the five-year-old nation.

Al Jazeera’s Mohammed Adow, reporting from Mogadishu, said the fight against al-Shabab was also high on the agenda.

“One of the key issues the leaders have been discussing is how to make African Union peacekeepers and the Somali national army carry out more offensives against al-Shabab and retake more territory from them,” he said.

But Sudanese President Omar al-Bashir stayed away to avoid defying a warrant for his arrest from the International Criminal Court.

The president of Djibouti was also expected to attend, but a plane carrying him had to turn back after developing engine problems that prevented it from landing at the airport, Djibouti’s ambassador to Somalia said.

Many senior visitors to Mogadishu stay in the airport area, a compound surrounded by high-blast walls with barbed wire and patrolled by the African Union AMISOM force. Tuesday’s summit was being held just outside the perimetre at a nearby hotel.

Mogadishu still bears the scars of war, with many buildings little more than bombed-out shells. But there has been a construction boom in recent years in which new buildings have been erected, often financed by Somalis returning from abroad.

Security concerns mean that only a fraction of Somalia’s 11 million people will vote in the election, with 14,000 people gathered from the federal states choosing the 275 members of parliament, before the politicians then pick the president.

But that is still an improvement on the 135 elders who chose parliament in 2012, and which in turn picked President Hassan Sheikh Mohamud, who seeks re-election later this year.

Somalia plunged into decades of conflict in 1991 when President Siad Barre was toppled.