A newly established regional Centre of Excellence on Groundwater, the SADC Groundwater Management Institute (SADC-GMI), has been launched as a mechanism for implementing the Sustainable Groundwater Management Programme in SADC Member States, according to information released by Barbara Lopi ,Communications and Awareness Expert for  Water Sector at the

According to the SADC secretariat, the SADC-GMI is hosted by the University of the Free State in Bloemfontein, South Africa, within the Institute of Groundwater Studies on behalf of and under the strategic guidance of SADC Secretariat’s Directorate of Infrastructure and Services – water sector.

Representatives from the Ministries responsible for Water in SADC Member States witnessed the  launch which was held in Johannesburg, South Africa on 20 September 2016.

The SADC secretariat reports that preparations for the establishment and host of the SADC-GMI started in 2009 under the SADC Groundwater and Drought Management Project when Universities in SADC Member States where invited to express interest in hosting the Institute.

“After intensive processes, including visits to the shortlisted universities in three of the SADC Member States, the Institute of Groundwater Studies at the University of Free State emerged as a suitable host,” SADC secretariat said.

The SADC-GMI will collaborate with Member States to promote sustainable groundwater management and design solutions to groundwater challenges in the SADC region through building capacity interventions, training, research, supporting infrastructure development, and enabling dialogue and exchange of groundwater information.

One of the SADC-GMI’s its immediate priorities will be to build on previous and ongoing achievements related to groundwater management in the region. The achievements include improving stewardship of existing groundwater resources, as well as those utilising advanced technologies to collect and compile data on groundwater into centralised and accessible databases.

At the launch, South Africa’s Deputy Director General of the Department of Water and Sanitation, Ms Deborah Mochotlhi said the Institute will play a major role in bringing groundwater, the hidden resource, to the lime-light in the regions development endeavour.

“Groundwater issues have historically not been granted priority in projects and have been seen as ‘second best’. That is slowly changing and initiatives like this will further change that perception.

“We are a challenged region in terms of water resources with increasing demand, climate change and pollution placing mounting pressure on the region. There is no better time than now to see this initiative launched as we face drought conditions across nine South African provinces, and many countries in our region”, Ms Deborah Mochotlhi said.

Director of the SADC-GMI Mr James Sauramba, said his vision is to ensure that groundwater management issues are granted equal priority in national and international water management discourses, and prominently featured in water legislation or policies in Southern Africa.

The SADC-GMI is ﬁnanced by the World Bank through a US$8.2 million grant from the Global Environment Facility (GEF), and US$2 million from the multi donor trust fund, Cooperation in International Waters in Africa (CIWA). 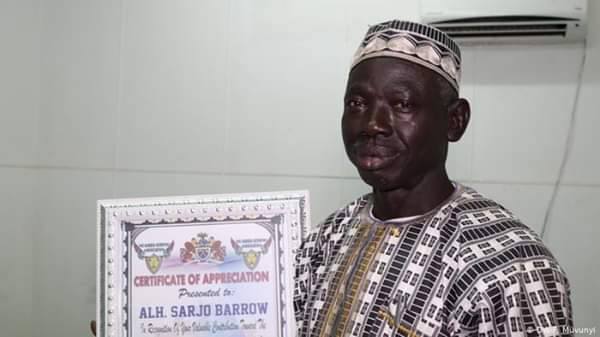