JOHANNESBURG (Reuters) – President Jacob Zuma has received the latest call for his resignation from his own brother, according to a media report, as the South African leader clings to power despite a string of scandals.

Zuma’s younger brother Michael urged him to quit or risk being killed, the Sunday Times reported.

The president has survived accusations of corruption and even rape before he took office in 2009, showing no signs of leaving office before 2019 when he is required by law to step down after two five-year terms.

“My brother is having a very difficult time and I have never seen such difficulty,” said Michael Zuma, speaking from the family’s rural home of Nkandla in the KwaZulu-Natal province.

“My brother has such difficulty in such a way that you fear that they are going to kill him,” he said, without elaborating on any death threats.

The leader of Africa’s most industrialised nation has faced calls to quit from several members of the African National Congress (ANC) after the ruling party suffered its worst losses in municipal elections in August. But the ANC’s top echelons have backed the president.

The opposition failed in a bid to remove Zuma through a motion of no-confidence in parliament in April following a scandal over lavish improvements including a swimming pool and amphitheatre at his Nkanlda home. Zuma has since paid back the money spent on non-security features. 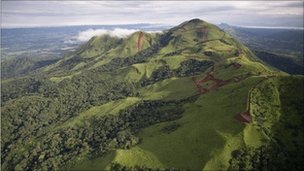 COVID-19: Lessons to be learned from the pandemic