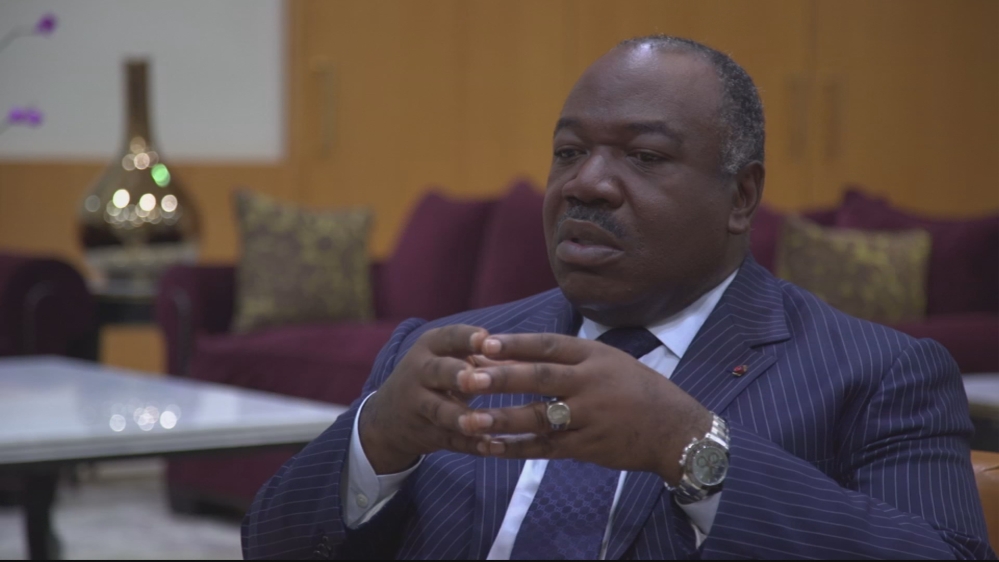 Ali Bongo, the president of Gabon, has recently secured a second term in office after a controversial August 27 election that the opposition claims was mired by fraud.

He was sworn into office on Tuesday after the constitutional court validated his fiercely contested election victory, extending the Bongo family rule over the country into a fifth decade.

The opposition leader, Jean Ping, 73, who came in second in the vote, rejected the court’s ruling as a miscarriage of justice and declared himself “president elect”.

The Bongo family has exercised a long grip on power in the oil- and mineral-rich country of 1.8 million people.

Ali Bongo took over from his father, Omar, who ruled Gabon for 41 years until his death in 2009.

President Bongo sat down with Al Jazeera for an exclusive interview about his contentious election win and his plans for the next seven years in office.

Al Jazeera: Many people, especially in the opposition, see you as a continuation of your father’s rule. You have been a defence minister under his government and he’s ruled this country for over 40 years. What do you have to say to those who say this?

Ali Bongo: Simply that I am the one that can make real change. It’s not because I am my father’s son and I have the same name that I am necessarily my father. He is Omar. I am Ali. I know how the system has been working; I know how to improve it. And this is exactly what I am proposing to my people.

Al Jazeera: What change are you suggesting?

Ali Bongo: Firstly, it is fair to say that thanks to the policies of my predecessors – President Leon Mba and my father – I can now concentrate more on matters of real importance such as the economy. We have to diversify our economy, we have to create jobs, we have to focus on education, more training programmes… All these things are what we need now. I can bring the change that is needed.

Ali Bongo: We have to say that our system is good, it’s fair. We need to sit together to see how we can improve the system. This is something that is going to be done all together so that’s why I am reaching out to them. I am going to call all the different political forces. We are going to sit down and see what needs to be done to improve our political system, and [then] we will reach a consensus.

Al Jazeera: Jean Ping was working with you. He was part of the same government with you under your father’s rule. Did it come as a surprise when he joined the opposition and ran against you during this presidential election?

Ali Bongo: Well, it was a surprise when he decided to join the opposition because there was no indication about how he felt. But, well, it is not the first time it has happened. It has happened to my father, and it is happening to me. Every time that we are facing an election we have people that used to be with us, running against us. But he and some of his partners represent the past, and they are going to bring all that we really want to turn our back to. I was the candidate of equal chance, giving every Gabonese a chance to really make it. I am not the candidate to restore privileges and this is exactly what Jean Ping and his friends wanted me to do. So the big change compared what has been happening all these previous decades, I am the one to bring that especially to really focus on education. I was saying in the campaign that you make it to the top not because you are the son of [somebody] but solely on merit.

Al Jazeera: France, the former colonial power, at the previous election in 2009, congratulated you. This time around, they were not as warm it seems. Are you breaking away from something that has been going on under your father’s rule?

Ali Bongo: One has to understand that what I really need the most is the support of my people. The international community doesn’t cast a vote here. Gabonese people do, so I am accountable to them. They are the ones to give me my job or take it away. So this is what is really important to me.