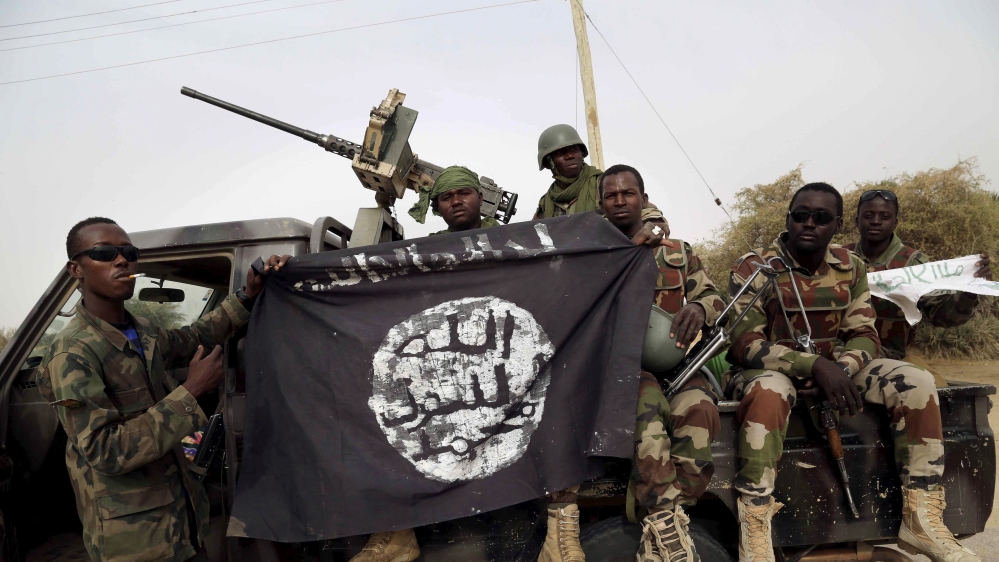 Fierce clashes have been reported and claims of casualties as Nigeria’s military backed up by a multinational force battled Boko Haram fighters for control of a town in the country’s northeast.

The fighting on Tuesday and Wednesday around the town of Malam Fatori in Borno state, near the border with Niger and Chad, was the latest in the area which has changed hands many times in Boko Haram’s seven-year armed campaign that has killed more than 20,000 people and displaced more than two million in Nigeria.

But, Boko Haram fighters regrouped and counterattacked, according to the Associated Press news agency. On Wednesday, Reuters news agency quoted Usman, the Nigerian army’s spokesman, as saying the “operation is continuing”.

Al Jazeera’s Ahmed Idris, reporting from the capital Abuja, said government troops had ousted the armed group’s fighters from areas around Mallam Fatori on Tuesday, but then retreated when Boko Haram regrouped with reinforcements and mounted new attacks.

“Although there is so much propaganda on both sides, the army came clean this time around saying that it has lost its position before and it has withdrawn tactically to vantage positions to try to take back the town,” Idris said. “Meanwhile, fighting is ongoing in that particular area,” he added.

Boko Haram also claimed to have killed 40 troops involved in the operation, our correspondent said.

Amaq, a site affiliated to the Islamic State of Iraq and the Levant (ISIL, also known as ISIS), said that its fighters had attacked an army convoy in the Malam Fatori area on Monday killing 40 troops, according to the SITE Intelligence Group, which monitors the group’s announcements.

The armed group controlled a swath of land in northeast Nigeria around the size of Belgium in the early part of last year, but has been pushed out of most of that territory by the Nigerian army, aided by MNJTF troops from neighbouring Cameroon, Niger and Chad.

Boko Haram have nevertheless continued to carry out suicide bombings in the northeast and in neighbouring countries.

The UN Children’s Fund estimated in a recent report on Boko Haram violence that 475,000 children across the Lake Chad region – which borders Nigeria, Cameroon, Chad and Niger – will suffer from acute malnutrition this year.

An estimated 38 children have been used to carry out suicide attacks in the Lake Chad basin so far this year, bringing to 86 the total number of children used in suicide attacks since 2014, the report said.