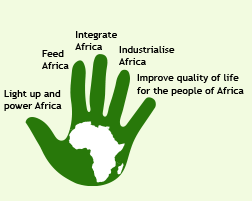 Innovative financing is crucial for agricultural transformation, wealth creation and long-term prosperity in Africa, according to this year’s Africa Agriculture Status Report (AASR), launched on September 6, 2016 in Kenya’s capital, Nairobi.

The African Development Bank (AfDB) is one the authors of the report, which focuses on Progress toward Agricultural Transformation in Sub-Saharan Africa. It says despite annual public investments in agriculture having risen across Africa, from US $186.4 million per country between 1995 to 2003 to US $219.6 million between 2008 to 2014, only 13 African countries have honoured their pledge to invest at least 10 percent of public funds in agriculture as foreseen under the Maputo Declaration of 2003. “If all [countries] that have pledged could make good on their promise, public funding for agriculture across Africa would rise from $12 billion (the amount allocated in 2014) to $40 billion,” notes the publication, unveiled at the ongoing African Green Revolution Forum (AGRF).

Inadequate financing for agriculture has been cited as a major impediment to smallholder farmers, their organisations, as well as small and medium agro-enterprises, which lack access to basic financial services.

The report calls on African governments to urgently step up partnerships with various actors in order to grow agricultural finance, at the same time creating an enabling environment to foster innovation to the benefit of the smallholder farmer. The AfDB is one of the main players in agricultural financing on the continent. Between 1967 and 2014, it approved loans and grants to African member countries with commitments amounting to US $100.68 billion, of which agriculture and rural development accounted for 12.4 percent (US $12.45 billion).

Agriculture is one of the Bank’s five key priority areas, also referred to as the High 5s. By 2025, its Feed Africa Strategy (2016-2025) will, among other things, see about 320 million additional people enjoying access to adequate calories and nutrients, and up to 130 million people lifted out of poverty (representing 25% of the estimated 550 million currently living below the poverty line).

To achieve the goals of Feed Africa, AfDB will invest US $2.4 billion of its resources annually over the ten-year period of the strategy. The Bank will use these resources to leverage additional funding to meet the balance (of between US $30 billion to US $40 billion) needed annually to finance the strategy, including substantial increases in private and commercial bank financing.

The AASR 2016 says private-sector investment in agriculture is critical, and is needed in all aspects of the agricultural value chain, including production, processing, marketing and transport.