* Tensions in Abuja over reduced fine 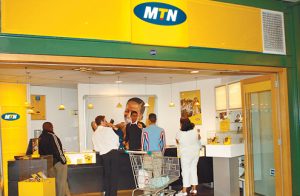 ABUJA, Sept 28 (Reuters) – South Africa’s MTN on Wednesday denied allegations it illegally repatriated $13.92 billion from Nigeria, the latest setback for the telecoms firm in its biggest but increasingly problematic market.

The upper house of Nigeria’s parliament agreed on Tuesday to investigate whether Africa’s biggest telecoms company illegally transferred the money out of the West African country between 2006 and 2016.

“The allegations made against MTN are completely unfounded and without any merit,” MTN Nigeria Chief Executive Ferdi Moolman said in a statement. MTN shares fell more than 3 percent on Tuesday and slipped another 0.4 percent on Wednesday.

The allegations first appeared in a motion proposed by Senator Dino Melaye to launch an investigation and come as Nigeria struggles with its first recession in a generation and chronic foreign currency shortages due to a slump in oil prices.

The Senate motion said Stanbic IBTC, Standard Chartered Bank, Citigroup and Diamond Bank were involved in the alleged illegal transfers, while Trade and Investment Minister Okechukwu Enelamah was among people used by MTN to help repatriate the funds.

Citi and Diamond Bank declined to comment, a spokesman for Stanbic was unavailable and Standard Chartered said it would cooperate fully with law enforcement agencies. A spokesman for Enelamah did not respond to requests for comment.

The Senate move is likely to raise tensions between Nigeria and MTN just three months after the Johannesburg-based firm agreed to pay a greatly reduced fine of 330 billion naira to end a long-running dispute over unregistered SIM cards.

MTN is the largest mobile phone firm in Nigeria, which is the continent’s biggest economy and accounts for a third of MTN’s revenue. The company had threatened to pull out during the SIM card row, before the fine was reduced by nearly 70 percent.

Clement Nwankwo, director of the Policy and Legal Advocacy Centre, a think-tank in the capital Abuja, said the Senate move might stem from a power struggle between parliament and President Muhammadu Buhari’s office over how MTN’s fine was cut.

“(Presidency officials) negotiated to reduce the fine and the committees of the National Assembly were upset,” Nwankwo said.

In June, following the SIM card fine settlement, parliament said it would investigate the legality of the deal. On Friday, MTN denied paying a bribe to secure the reduction.

The crux of the allegation in the motion is that MTN’s bankers did not inform the central bank in time when the company brought in hard currency five to seven years ago. This meant MTN did not have certificates showing it had brought the money in so it could repatriate funds earned at its Nigerian business.

The motion alleged that the banks then issued certificates of capital importation worth a total $13.92 billion subsequently – but without central bank approval – so the South African firm could repatriate the hard currency.

The bankers were in “strict violation” of Nigeria’s foreign exchange laws, the motion said, calling for an investigation as such practices were not healthy for a country struggling to come out of an economic downturn.

The naira has lost more than a third of its official value since a peg was removed in June and this week hit a record low against the dollar on the black market.