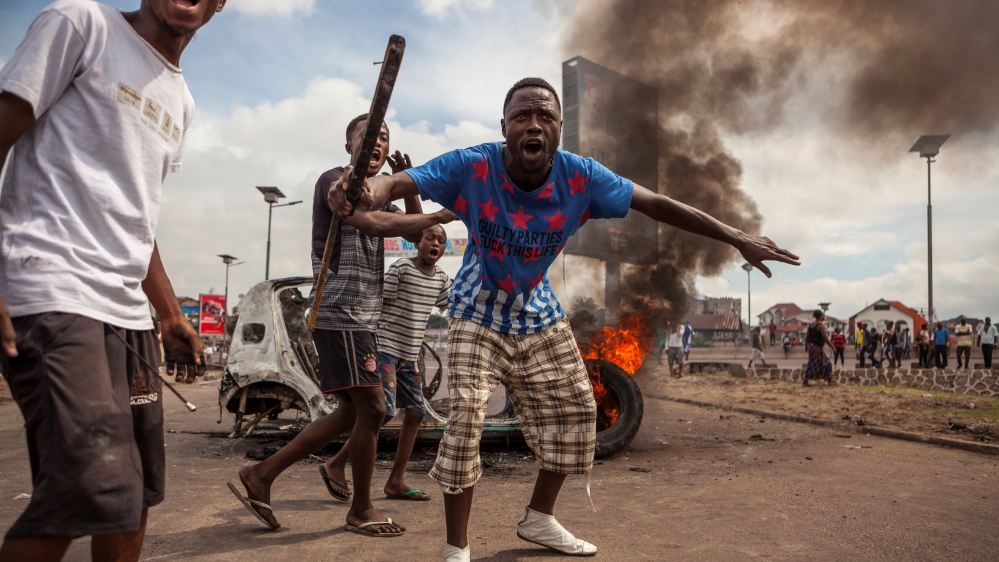 At least 17 people have been killed during clashes between police and anti-government protesters in Democratic Republic of Congo’s capital of Kinshasa.

Interior Ministry spokesman Claude Pero Luwara said on Monday three of those killed were police officers. A Catholic nun said one of the policemen had been “burned alive” during the violence outside the ruling party office in Kinshasa’s volatile Limete area.

“We have now banned the demonstration,” Mende said. “These are people who had prepared to create total disorder.”

Opposition groups however, have called for further demonstrations. In a statement, they said more than 50 people have been killed in the clashes.

Police fired tear gas to disperse hundreds of stone-throwing opposition supporters in Kinshasa, as they tried to march on parliament before a planned mass demonstration to demand that Kabila quit power when his mandate runs out in December.

The demonstrators waved the blue-and-white flags of veteran Congolese opposition leader Etienne Tshisekedi, 83, whose movement had called for nationwide protests on Monday to demand that Kabila steps down on schedule.

Youths were blocking traffic on Lumumba Boulevard, a main artery, letting only journalists through.

A diplomatic source reported further clashes in “several places” on the road to the capital’s airport.

Kabila, who has ruled mineral-rich DRC since 2001, is banned under the constitution from running for a third term – but he has given no sign of intending to give up his job.

No elections have been announced and it would be practically impossible to organise a poll before the end of the year.

France urged Congolese authorities to ensure the “delay” in holding the next presidential election is “as short as possible”, and called on the government to respect “public liberties, especially the right to demonstrate peacefully”.

Rights group Amnesty International had on Thursday accused Congolese authorities of “systematic repression” of those seeking Kabila’s departure when his third term runs out on December 20.

The United Nations on Friday said that at least 16 opposition activists had been detained in Kinshasa after meeting to discuss how to stop Kabila illegally prolonging his stay in power.